Usually you should not draw "flat" backgrounds in animation, because you end up with something that looks like a theatre painted background. If you notice, a lot of rooms are drawn in a way that shows corners. This was used on purpose here to enhance the joke with the painted door.
The gyros we saw in episode definitely confirms that a bunch of other cultures were transported to this world, together with things like the various type of towers (for example, a type looked a lot like the tower of Pisa) and buildings we saw in episode 9.

Kakegurui is interesting because it's one of those manga that takes more from painting than from other manga. It's an expressionist manga/anime, in the sense that it's all about presenting emotions and a subjective world to the viewer. There is still plenty of substance, but especially in this season the form took over. OP and ED are the same, they will never be smash hits but they are a complete emotional liberation. I think the anime, since it uses the great animation potential of transformation at its fullest, is the best version of Kakegurui.

An interesting thought about this anime is the lack of "festival" mode, where the social hierarchy disappear. Here, instead, it's plenty clear that Anne is a princess and no one (but another princess) can get close to her. This traslate to, at least for me, a more serious view of the world. Anne and Grea are in love, and it is not just a phase, something for adolescents, because the characters being aware of their place in the world compared to other people makes them adult. Also Anne is wrong in the head. I know it is played for the laughs here, but between that, the love potion, and how she can't Grea leaving her, the dark subtext is there. We saw this again in episode 9. 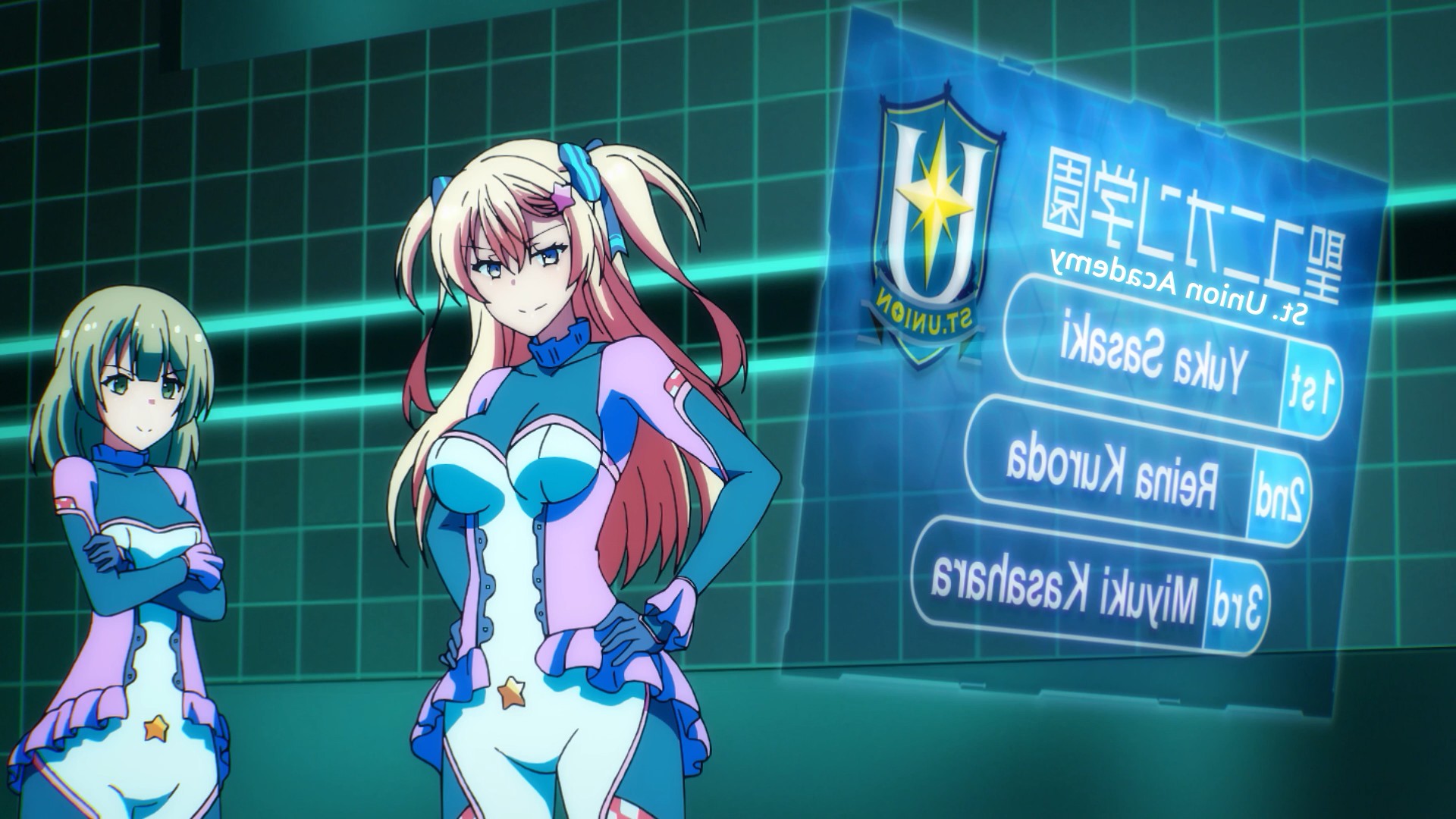 A great thing about this show is the low key (if you can call it like this) eroticism. The girls are all hot, without being absurdly over the top, and the clothes are fetish fuel, like the womb star here. 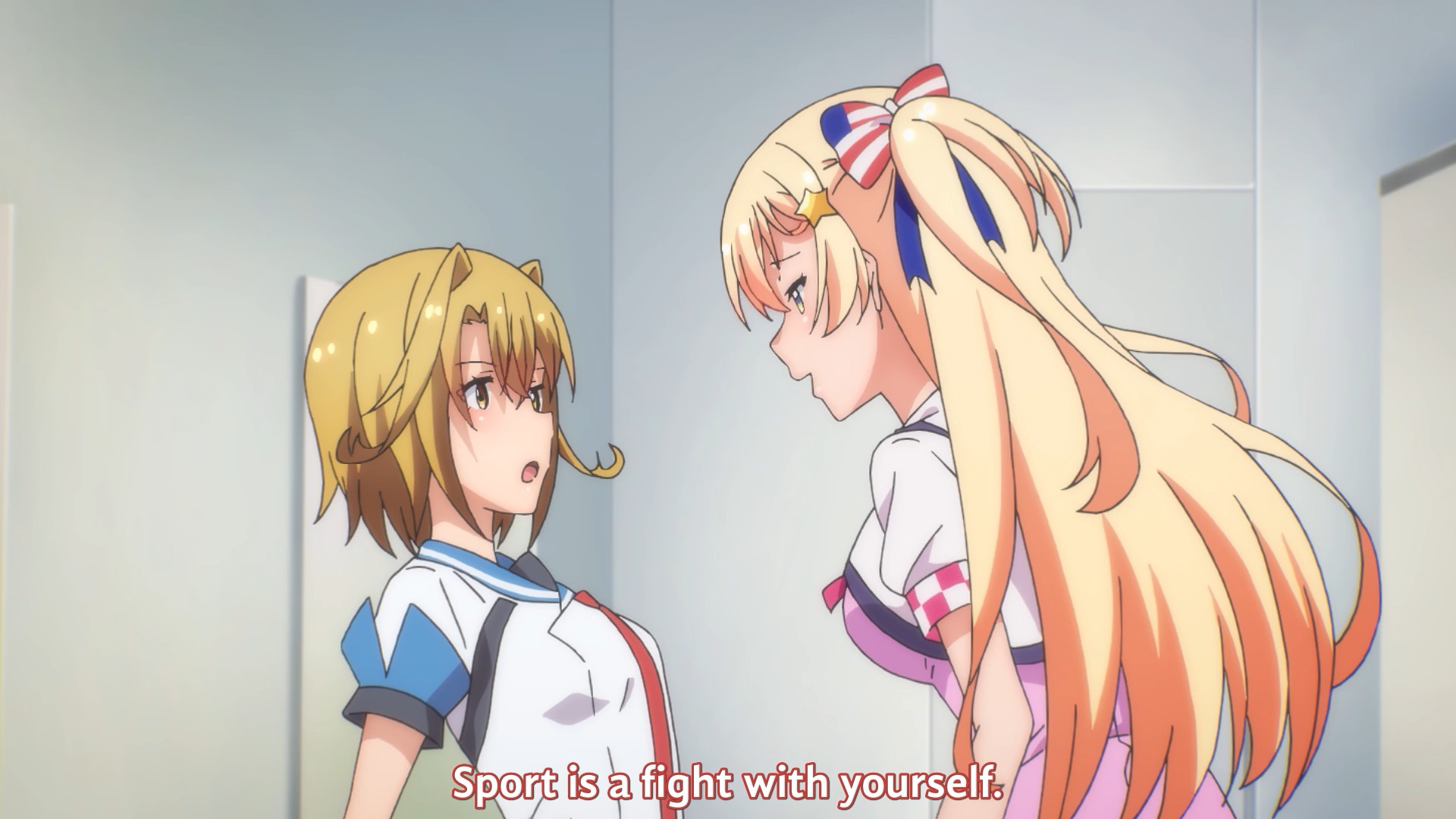 I am not sure how I feel about this line. I mean yes, I guess that it is true, but only in part. I feel like this show is missing some interesting idea, so far it's just a good action anime without the spark that makes it special. 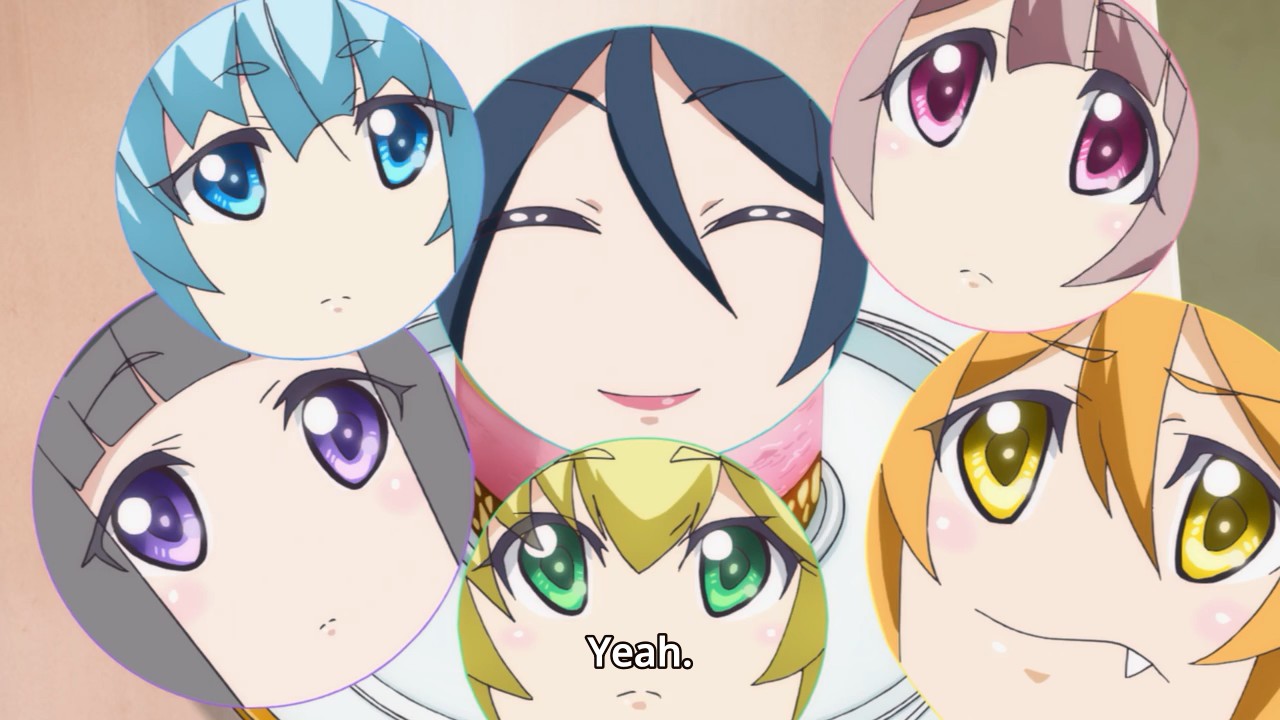 I am a huge fan of this show. I think it captures perfectly how to make an anime for kids, presenting real problems in a way they can understand. I also like how, sometimes, it uses space instead of time to move things, like a manga. 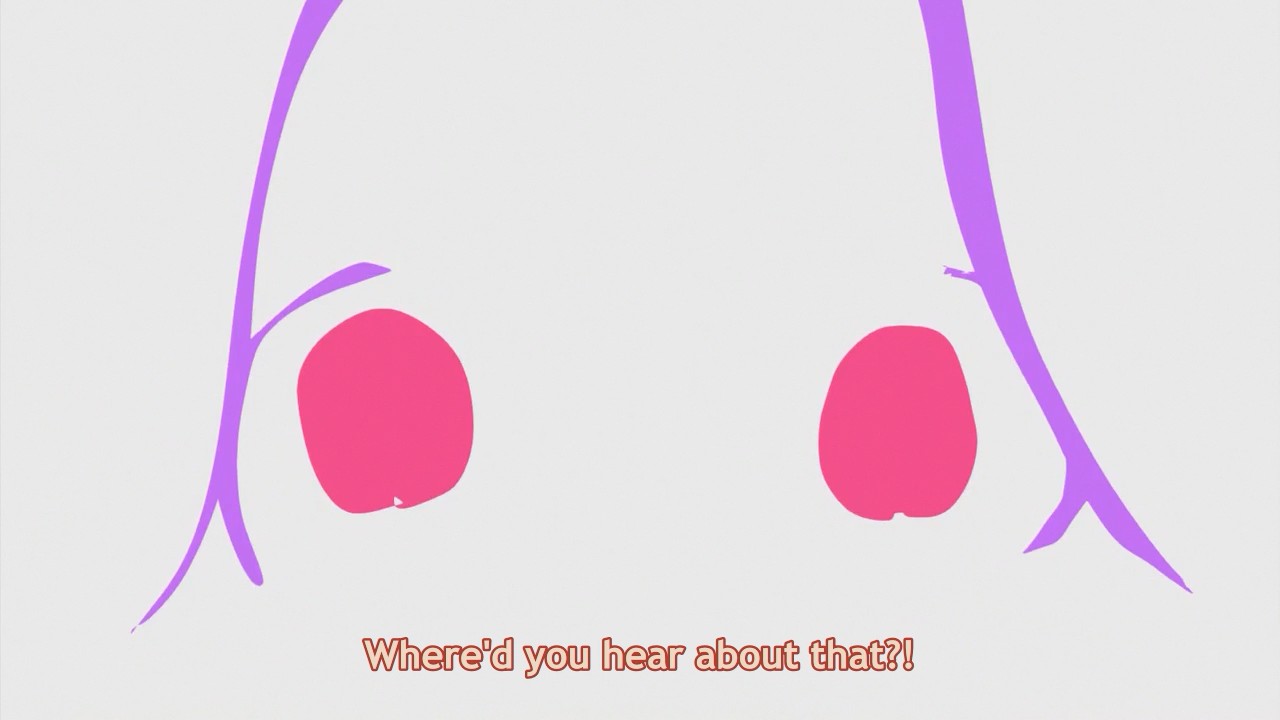 I don't really like this anime, but I did appreciate this shot, conflating the teacher eyes and nipples. 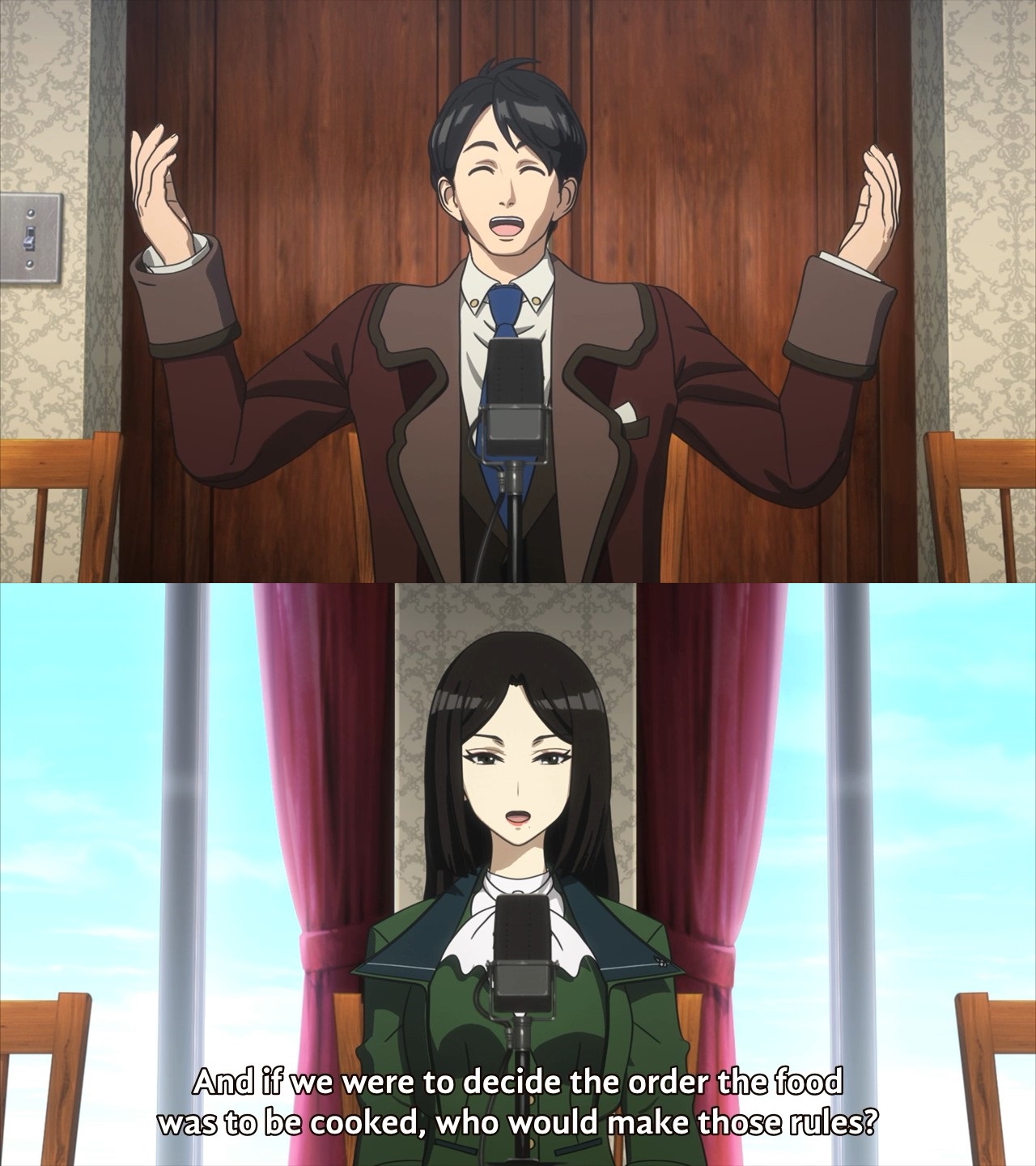 A week late, but I like this scene. I think this image shows the difference between the two: the magician looks happy, expansive, and positive, but the truth is he's trapped in closed and rigid lines. JULIA looks rigid and strict, but she's actually outside those vertical lines, projected towards the free skies.

Kurumi's love for Asuka is dead serious. Like, not in a "she seriously loves Asuka" but more in what Asuka is for Kurumi.
If the whole point of this story is that if you do a job like magical girl, there is no retirement or civilian life, then it's obvious what the two friends are for Asuka: a quiet, normal life that she will never have and she has to protect. Kurumi on the other hand doesn't dream of that life, she thinks/knows she can't have it. With her mentality, she's dead afraid of losing Asuka to that side of the world, because she thinks she can't follow Asuka there. So we joke and laugh about Kurumi being afraid of Asuka liking the meganekko, but for Kurumi it's not laughing matter and she's completely justified in her fear.

Beside the obvious eva reference with the greetings, this 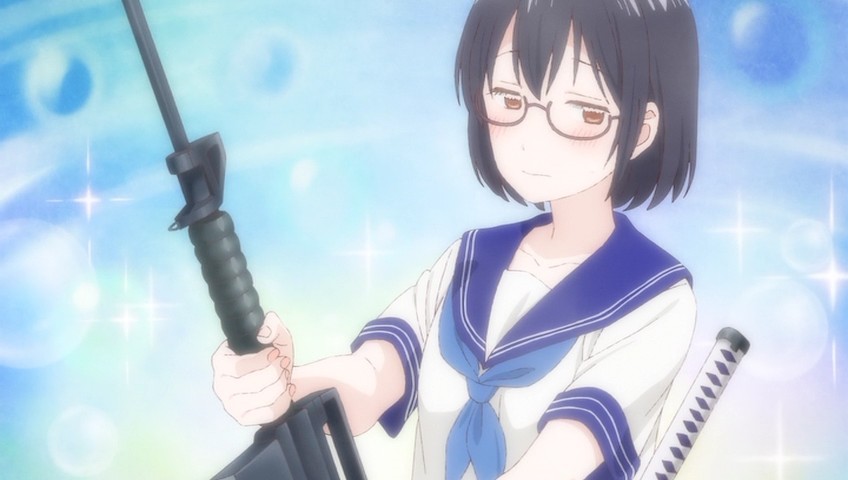 was a reference to "Sailor suit and machine gun". I wonder if there were more movie references I missed.