Symphogear runs on the rule of cool, and it did well. My main problem with it is that it failed to properly use Tsubasa.

Well, what I said before. Average but amazing.

The best anime of the season, even if flawed. Especially in the last episode it a lot of things right, it had some personal things to say (existential, purpose, fate vs free will) and some interpersonal theme (the part about how humans will create magiaconatus again). It left something in the shadow, in the correct way. For example, we still don't know what magia IS and we can speculate that it was created by humans. It had a quite big flaw, though. Anna was so great, so amazing, so visceral, that she overshadows anything that happened after. 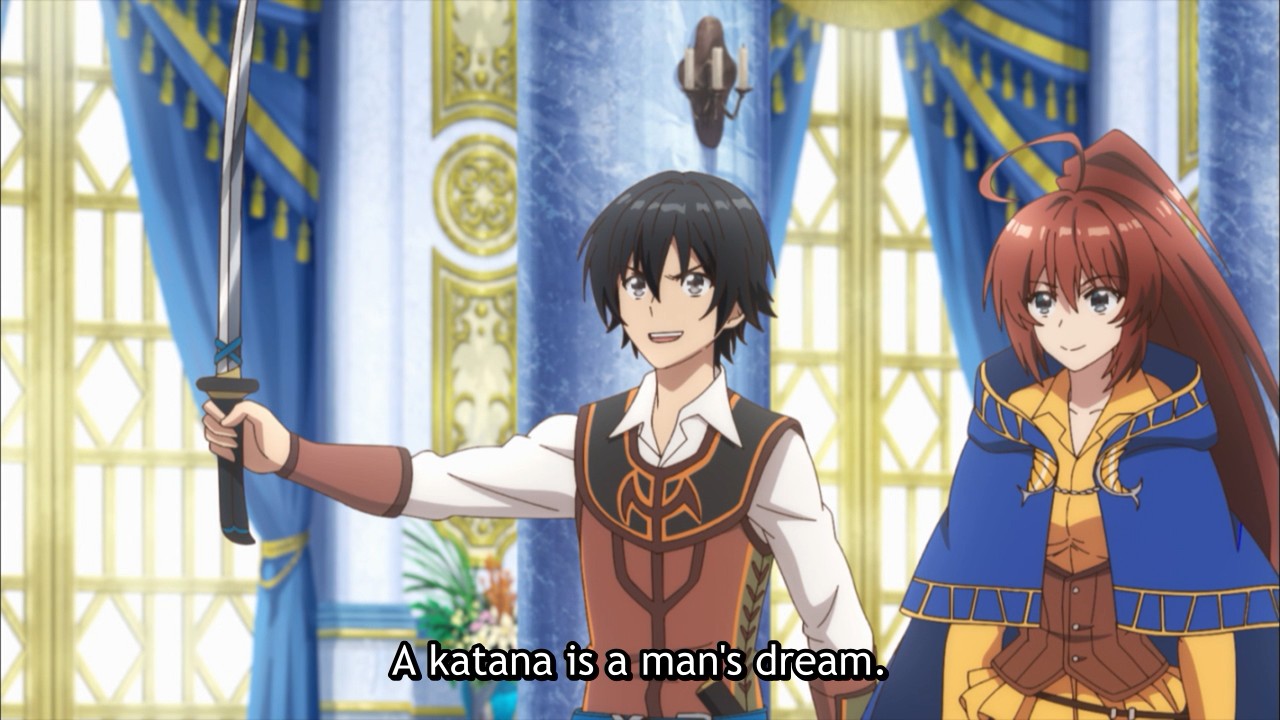 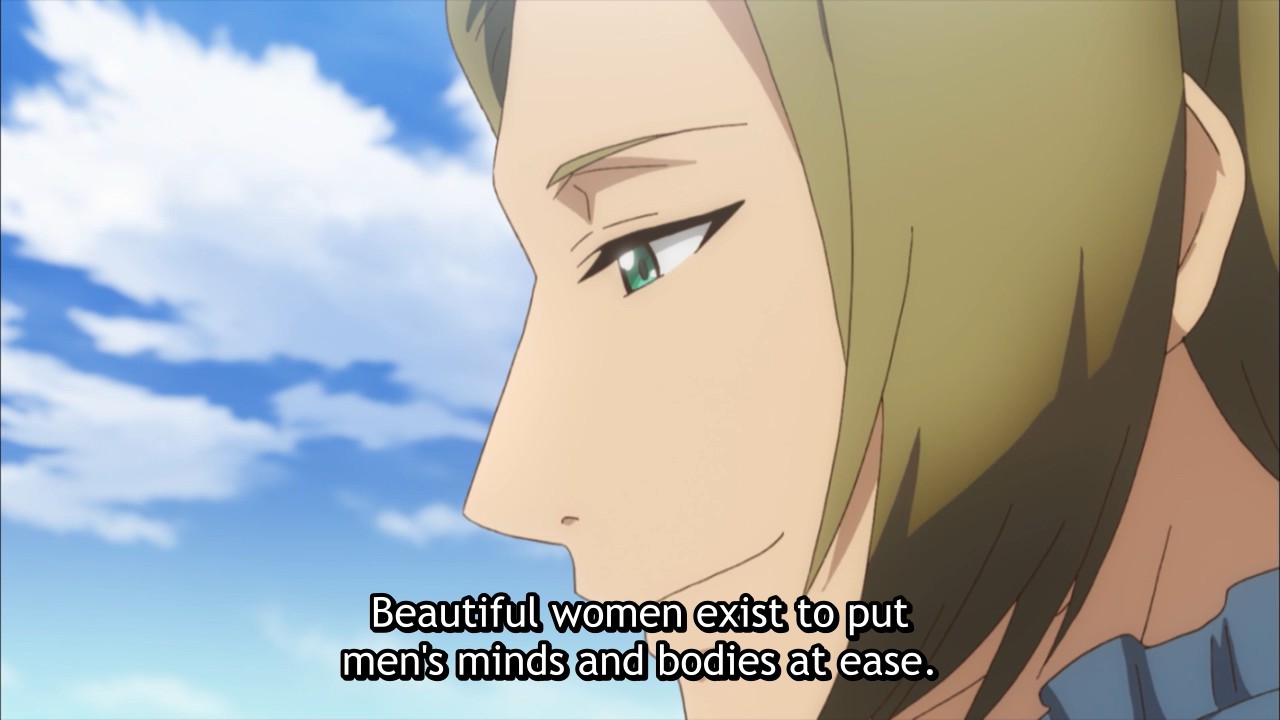 I love this anime. I love how unashamed it is, how unironic and genuine it is. It doesn't pretend to be clever or to be groundbreaking. It's straightforward fun that does everything right in its genre. Isekai Cheat Magician is like a concentrated isekai, a jewel of isekai.

I think the show is structured like a tragedy of which we are seeing the second half, "the fall". Mangetsu is interesting because she has a lot of elements of a villain from a slasher movie. She is powerful in a way that you can't get through training, she's simply different and alien. I mean, Anna re-created her bodies through sheer anger alone and it still felt like part of the world, part of the magic. When Mangetsu was possessed it was different. You can see this alxs in her motivations, shallow and petty, while the other girls are all fighting for their families.

The highlight of this episode is, for me, Maria's trasformation. 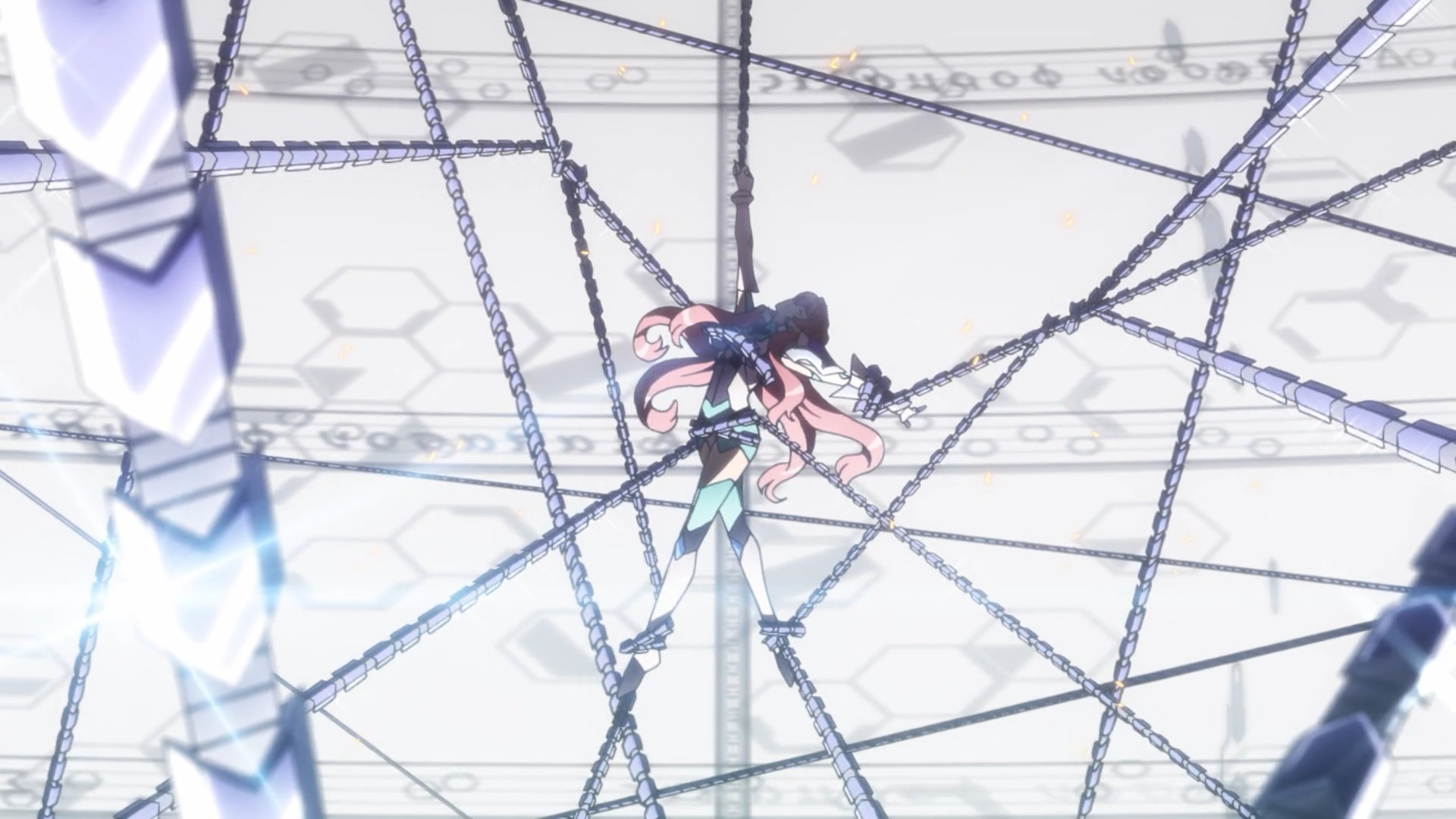 It gave me strong Saint Seiya vibes. That, then, made me think of the myth of Andromeda, and how Maria is freeing herself from the chains, without waiting for the (male) hero. I am a firm believer that Maria represents feminist ideas and themes, so I am just seeing what I want to see.
Regardless of politics, her henshin is the most dynamic, in the sense that it shows how her character is changing instead of how it is.

The racism sequence was a bit forced, I am glad it's over. BUT, the ending was perfectly executed. It's revenge, presented as dirty, with Dale missing the chance to change the world for better just for his selfish revenge. It leaves a bitter taste, like it should.

Ok but Yunhua was still useless.

Wakaba is kinda interesting. She's pure talent, able to be and do everything she wants to do but still doesn't know what to do. Kinda of like in Rumble Fish. 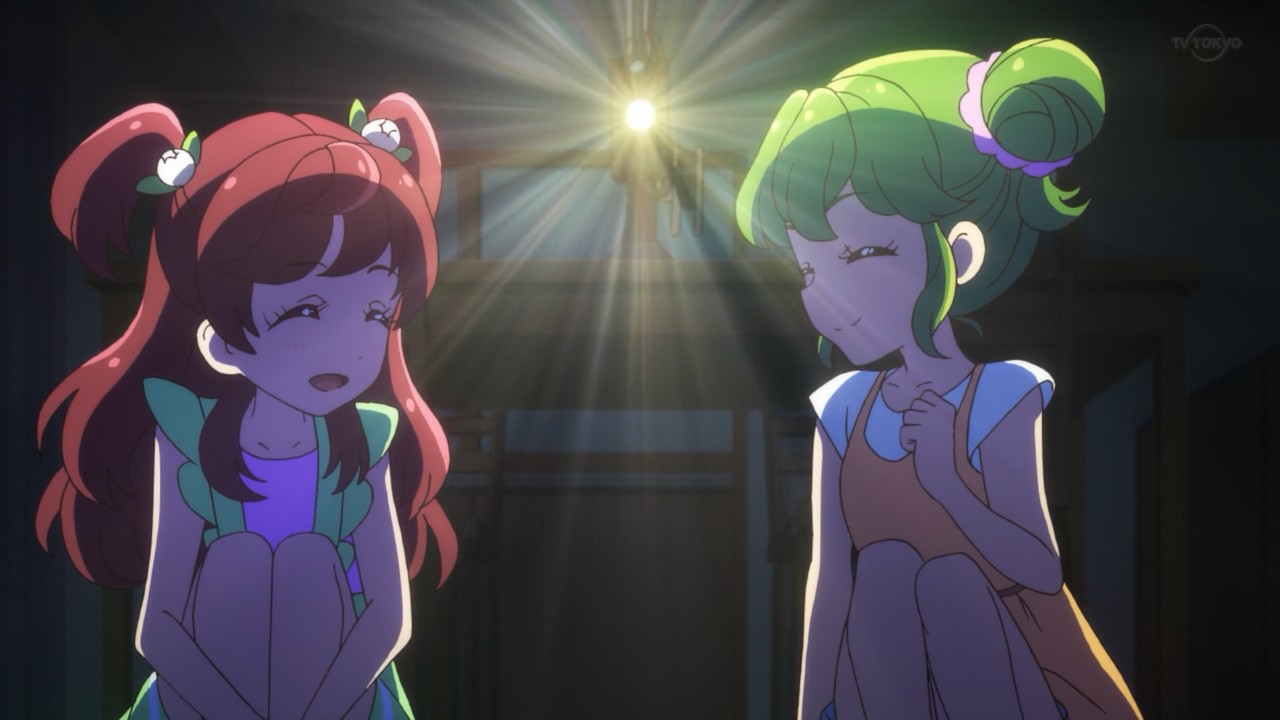 We are watching characters (1) telling a story to other characters (2) about them watching a video (3). It's a matrioska of stories inside stories.

This episode was about a generation of people who lost their dream to the machine. It's a very industrial fear. It's also bleak, because the girl can't actually win. Even if she starts singing again and she becomes successful, she won't fix the starting problem. She will have found a personal solution around it, but the core issue is still there.

The anime is turning out to be a pretty but empty, like a box. I have hopes in Anna though, her pure seething and anger might make for some good revenge story. 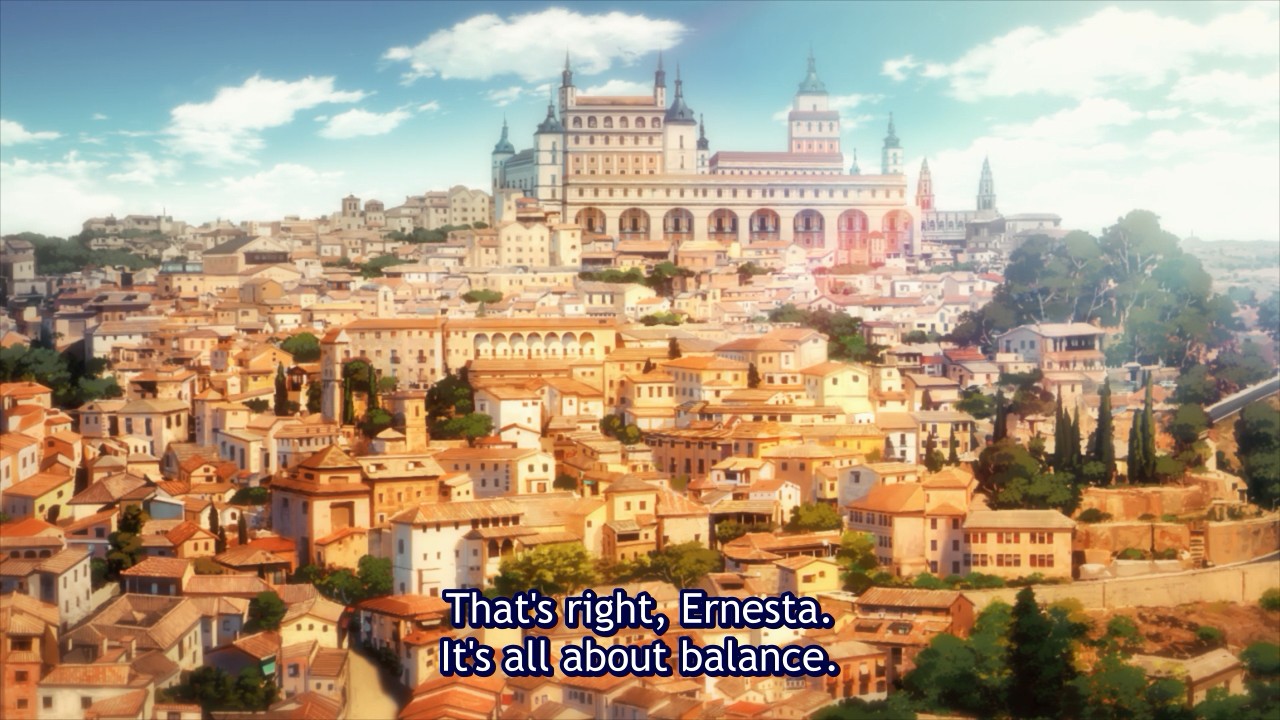 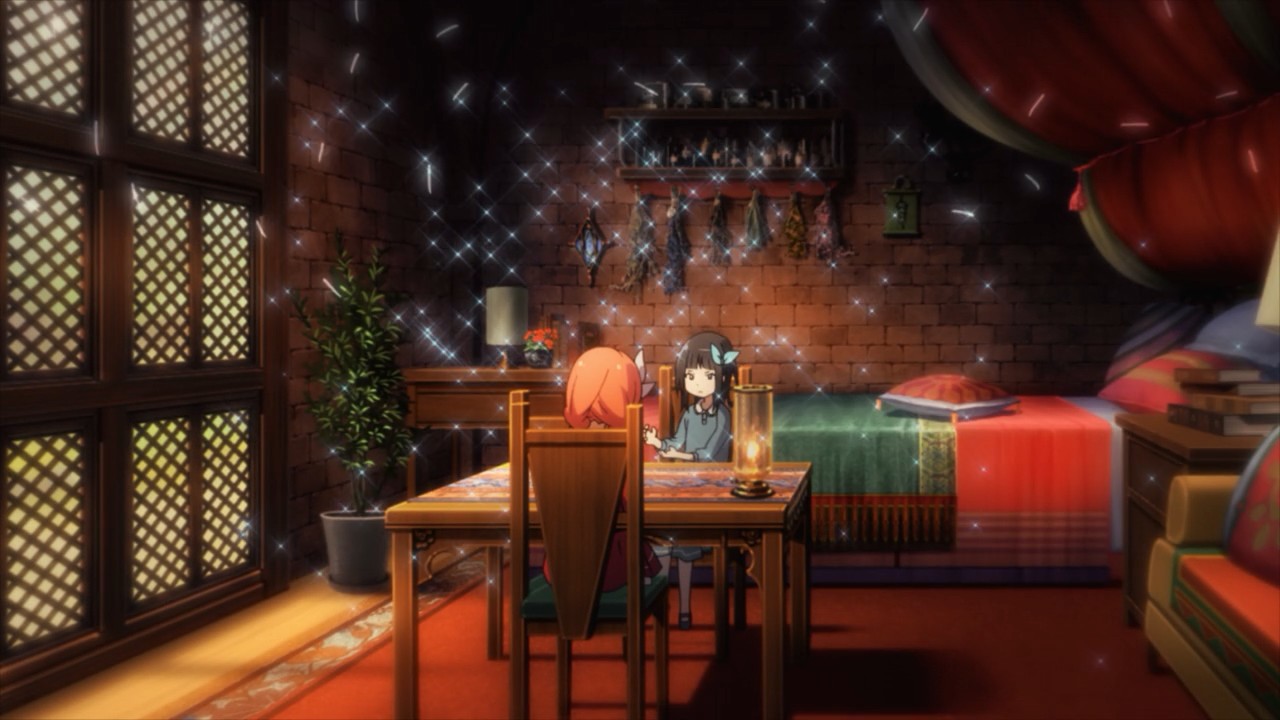 Though for sure the anime has good visuals.

I was suprised by it. I thought it was fun and genuine. The pair dynamic helps reducing the overpowered gary stu effect. I noticed the same in mondaiji-tachi, so maybe having multiple very strong main characters is a good idea. My main complaint is that I wish it was more about the two childhood friends getting together during the training, with a sort of chill-nostalgic atmosphere, but then it would have been a completely different story.

This was quite boring and uninspired.

This was much better than I expected. Usually I am not a fan of mmo inspiration, but I like it here because it plays well on the idea of internet and videogames getting people together.

Eh I did not like this episode. It was a good story of revenge, in the sense that it shows how revenge is shit and ends badly. But I have the feeling that the bully family was "absolved", like the anime wanted to tell me that what they did was not so wrong. They comeuppance was just a newspaper scandal, as if that was supposed to be enough.

Potential AOTS. But I did not like how the "idol are from the dream world" element was presented in the second episode. I do not want another Perfect Blue, but I wish it was a bit more dark, that it hit me more.

I don't like this one. The characters are quite boring and the animation is very masturbatory. But it might be my fault, I didn't know it was an action shounen. I think I'll drop it.

I am not sure. I already forgot most of what I already watched. I don't think I will drop it though.

Sometimes the drawings are good, like with plenty of the reactions and close ups. Other times they drop the ball, which is a shame for a half-ecchi anime like this one. 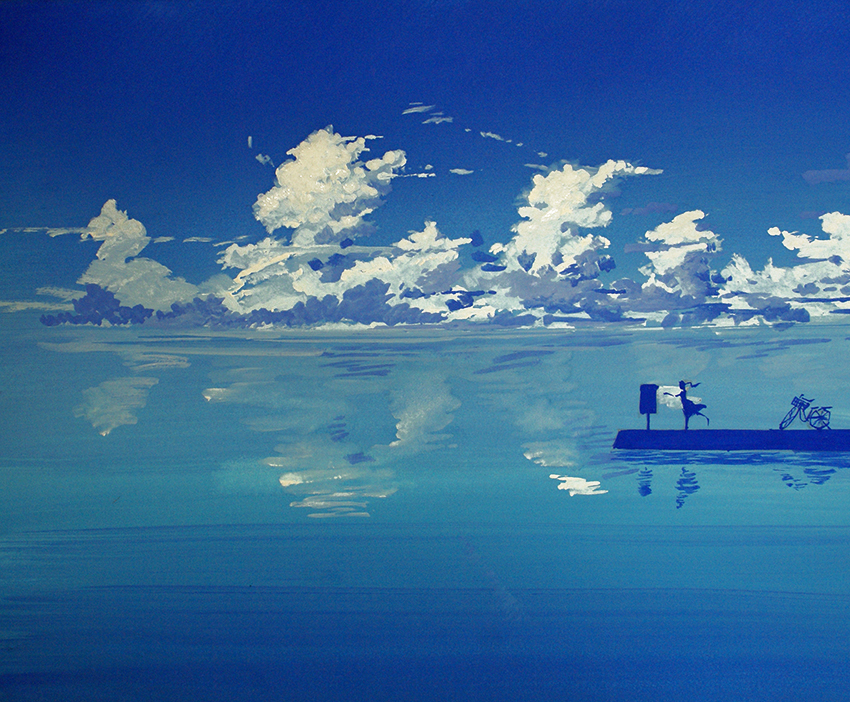