Putting aside how the design degenerated as time went on, Makoto is almost deformed with how long his neck is, I am annoyed at the swedish guy being introduced.
I know that the foreigner world class player is important in sports stories, the problem is that you can't just write him in. Take Hanebado, we had a reason and motivations for the interactions between Ayano and the dane girl. Or think about Uma Musume, the french horse was properly introduced with that magnificent telephone call between Spe-chan and El. Here the swede arrives, beats Haru, fucks off for a bit, come back, see you in 2020.
The worst part is that how he was introduced made evident to me another thing I don't like in Free: everyone has to know each other through family. So the swede is introduced by meeting the sister of a more important character, the coaches know each other and one is related to a guy we already knew. I don't like it, it feels forced even when you have a huge cast like Free now has.

I don't think this is a bad anime. The issue, if you will, is that this anime is out of time. It feels so rough, like if they are still trying to figure out how the idol genre works, which doesn't work now after we got all the idol anime we got, especially after Im@S side M which is so clean and industrial in the construction of the episodes, like page for page from a manual on how to write a idol anime.
This, on the other hand, seems like would exist between Lovedol and Im@s, because while there is nothing unique or innovative, you do feel there is something different from the current mold of idol anime. Compared to Lovedol, there are no to few traces of the harem genre, something you could feel in Lovedoll, while at the same time it doesn't completely remove the male gender. Some things that feel old are the pet lobster, which reminds of the salamander pet from Twin Angel, or how each girl is specifically an "archetype" in a way that you don't get anymore. Yes, Makoto from im@s was a tomboy but she was much more than that, and LL made every character first and foremost a highschool girl.
On the plus, this anime has interesting ideas. Visually like here 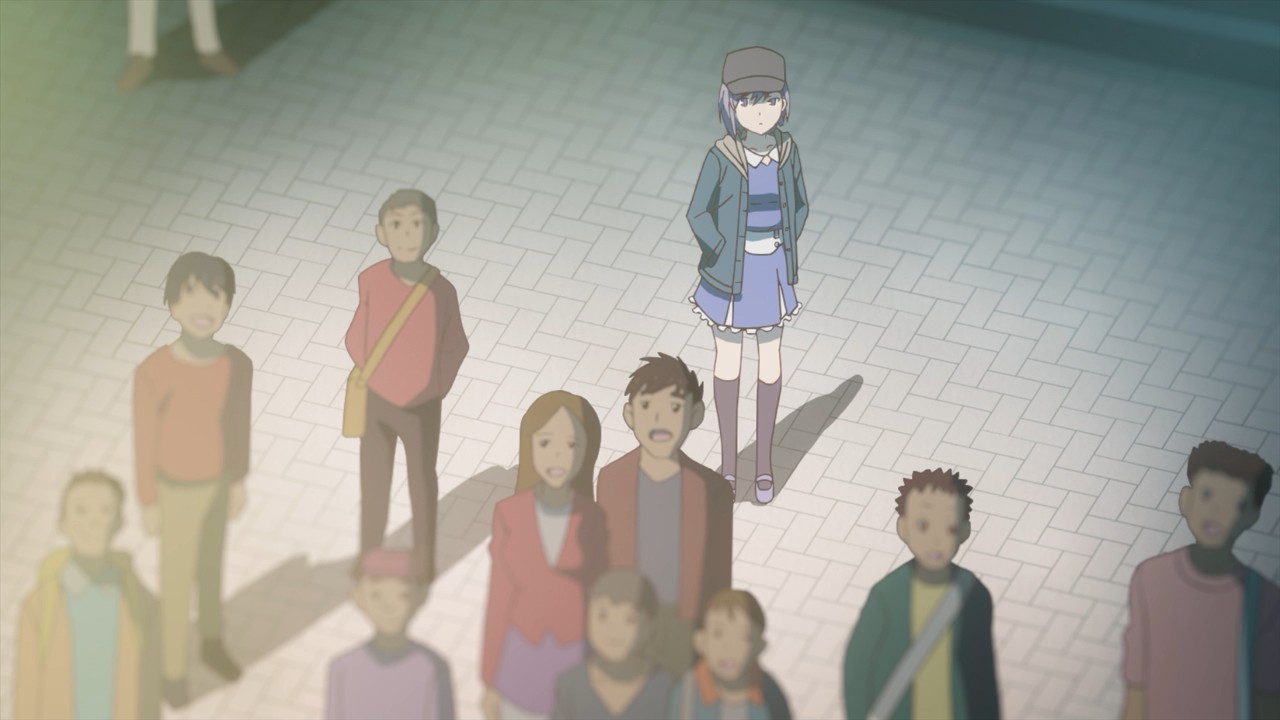 or in the writing, like when they made the mc someone who is neither a idol or the manager. This could be the starting point of a sub-genre more removed from the sports roots of the genre, where you see the story from a third point of view but without the human-to-idol filter that you would have if the pov was a fan's.
The ending kinda ruined it, but it's ok.

The use of REBORN here is interesting. It makes me think of people calling themselves Renato/Renata, ie it's a name and not an adjective (is it called an adjective? I know nothing about grammar desu). The other interesting thing is the whole chthonic imagery of being reborn, which makes think a lot about greco-roman mysteries, usually cults associated with old religions, more primitive religions done in the woods and the caves. 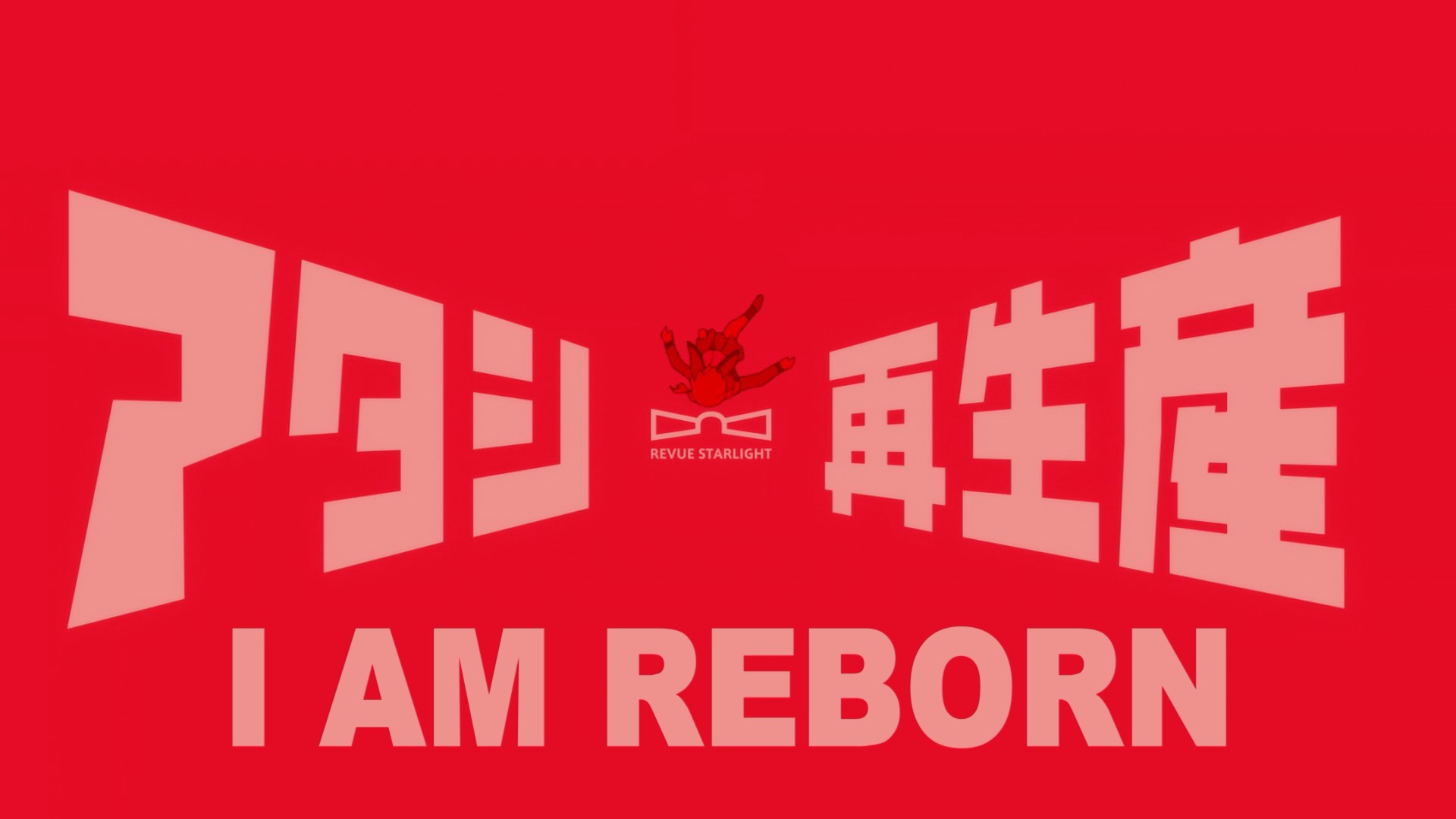 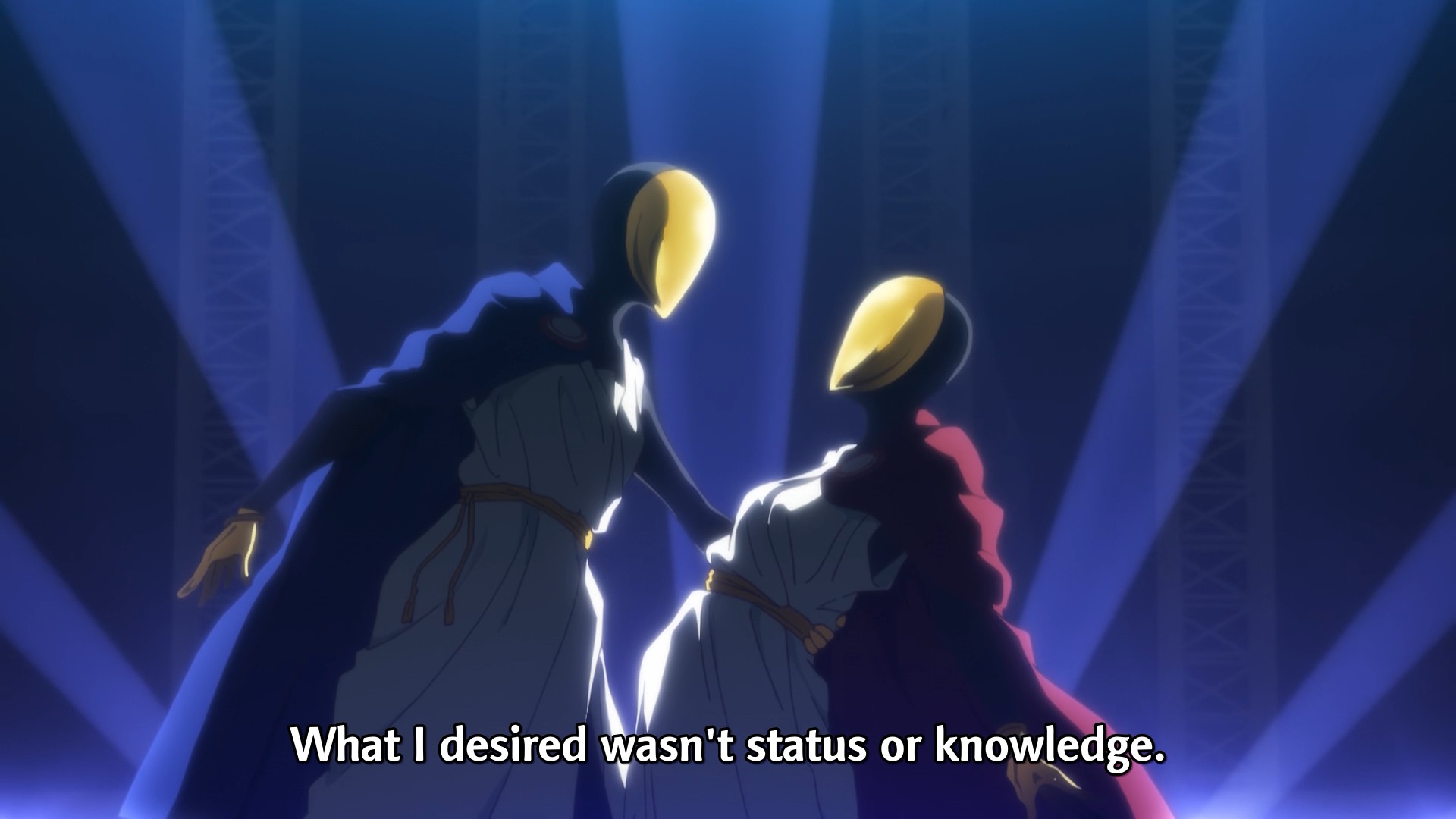 So the point is that there is almost no narrative irony in the girls becoming stars through falling in a deep dark cave, because this is what that sort of religions would say. I should take the books I have and re-read them, but I can just quote the britannica and say "the original home of the soul was in the stars. From there it fell down to earth and associated with the body. Thus, man was a stranger on the earth, and he had to strive to liberate himself from the ties of the flesh and return to the soulâ€™s celestial home."
Also, this might be a coincidence, but with the greek-roman clothes here I am thinking that Junna is the maiden-huntress Artemis. Consider also that she is a moon goddess, and how the golden mask, tables, hands and light (ie, the sun) were shown as negative in her flashback. It also connects to what I said about the old religions, as Artemis might be a relic of an older cult, according to wikipedia.
Though, Artemis has a golden bow/arrow, while Junna doesn't. 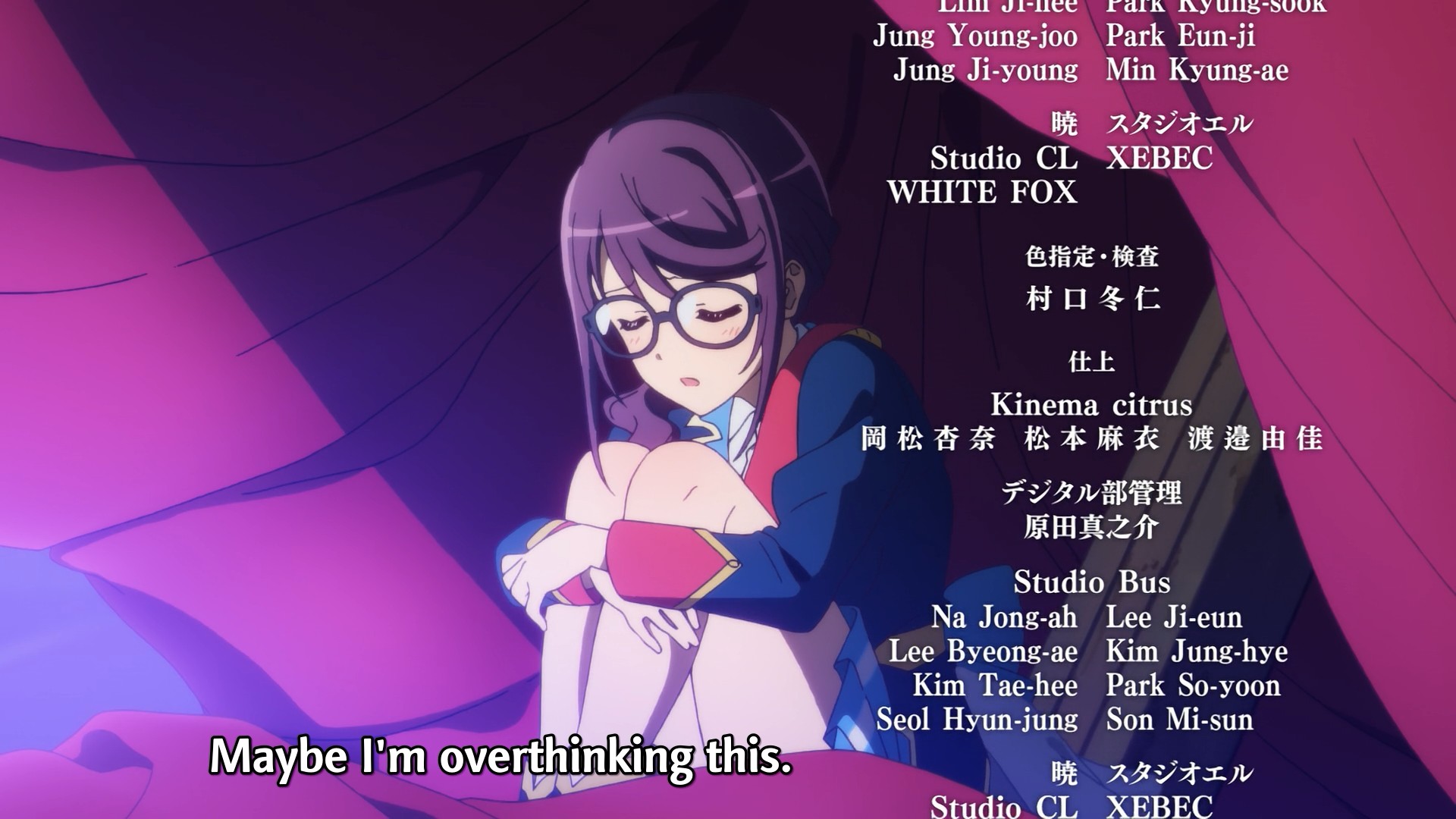 Tell me this doesn't make you think of someone being born, she's even in the fetal position, all the red, how the credits are positioned to give a sense of oppression on one side and freedom/opening to the other side
I don't know if this is an Ikuhara thing, but another idea in this anime is the concept of the school as the "whole world". Or, as a microcosm that reflects the macrocosm of society as a whole. This was used in Yuri Kuma, but also in Kakegurui. 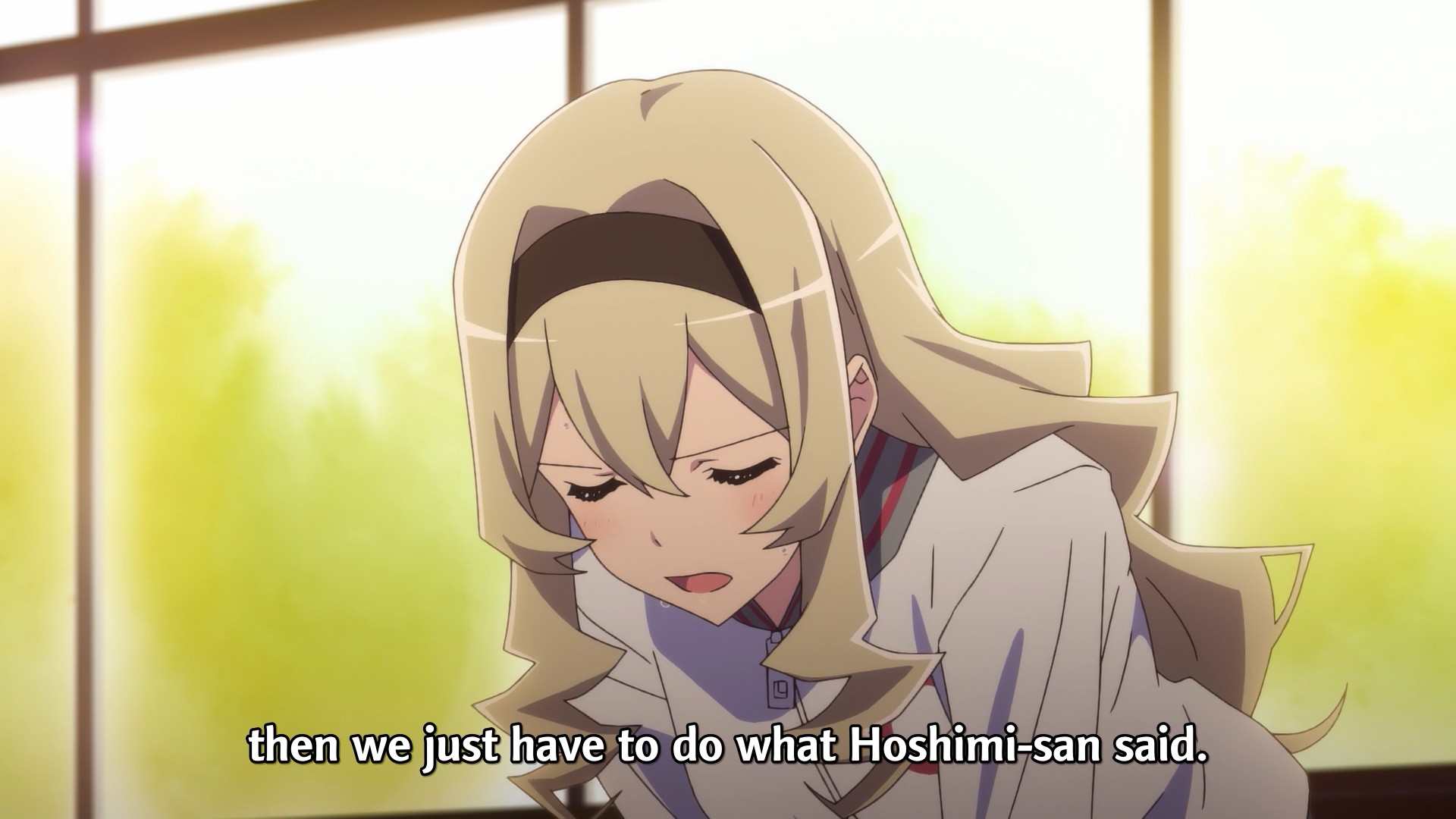 The use of light and shadow is nothing unique or new, but I did like how it perfectly showed how Maya is Claudine's lighthouse. Their relationship is, probably, the most interesting so far.

This episode confirmed my idea that when you have an anime based on a game/something with a lot of characters which already has a story of its own (ie it's not wixoss or ange vierge) you should write stories about different, somewhat fun, characters. MCs are so damn boring, just give me the side characters and let them be wild.

Not a fan of this episode tbh. I like the idea but you can't show me Shupe as plain-ugly without the makeup and then her being simply as good looking as the others with make up on. I understand what they want to say and do, but visually it does not work.

Really nice anime so far, I found interesting how they went with this idea about Youtunbe. Phantom in the twilight also has an interesting idea about the telephone understanding the users' minds, though it wastes it by making it normal and good, instead of a beautiful technological nightmare. 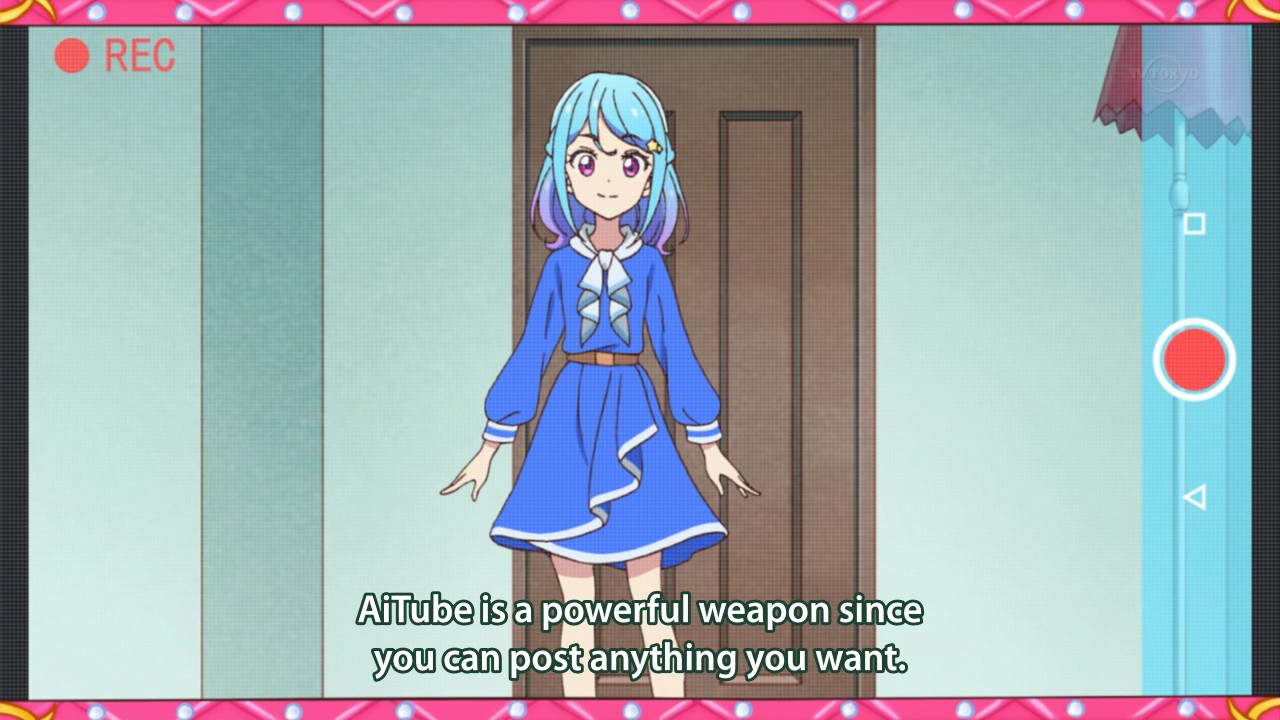 It still has a lot of problem, but finally I, at least, find the characters interesting and likeable now.

>Free!: Dive to the Future

Eh I am not feeling the big cast, I think we could do with less characters. I am also not liking how it's about university teams, I feel like it's a bit too "fanservice-y". It should have been about the new guys in the high school team and the old guys in high school acting as their senpai now.

>Phantom in the twilight ep 2

The idea of the app that can predict your thoughts from your history is interesting, finally a piece of media understood what a phone actually is in our times.

>Phantom in the twilight

It gains points for being urban fantasy, but I am not completely sold on it yet.

The best thing about the first episode was the framing, it had a couple of nice clever choices. I am not sure if I like how Kanata is an orphan, it's ok in itself but it was kinda built bad with the "you are missing your mum" line, it was a bit forced imho. 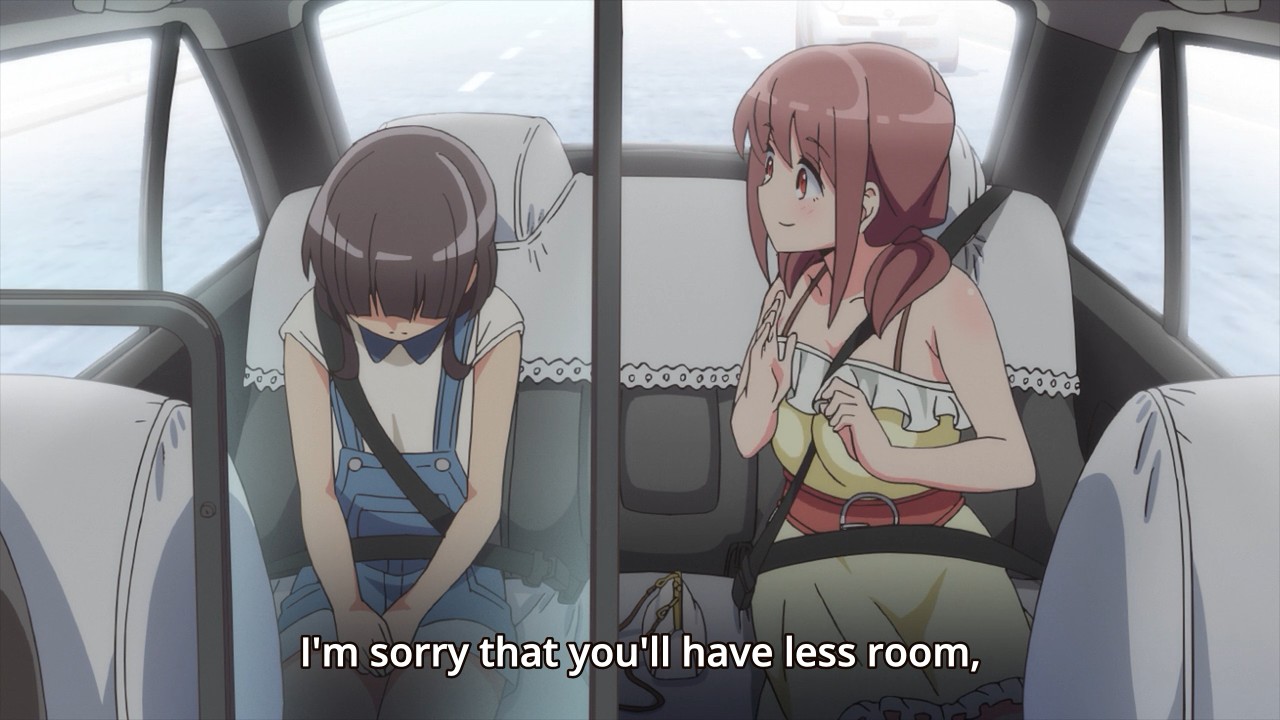 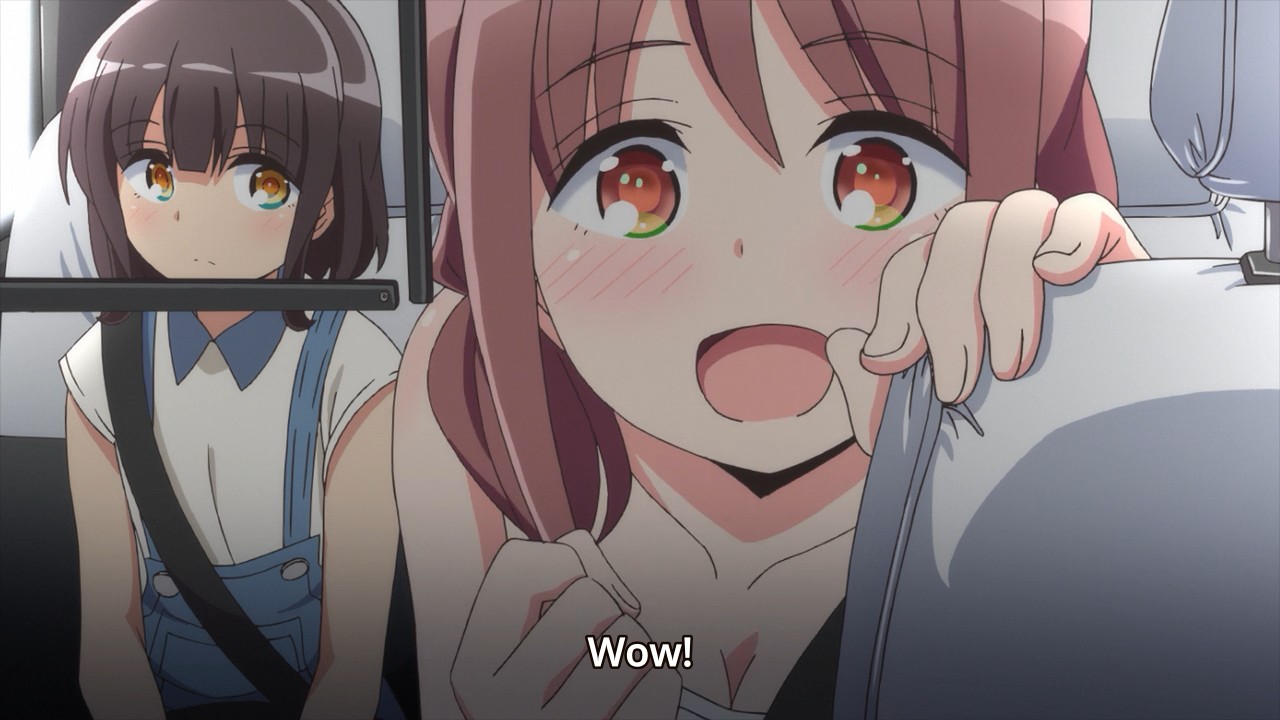 Very very good first episode. I liked the OP a lot, the characters are all fun and well designed, and the world inside the body is incredible to look at, very pleasant.
The great thing about this manga is that each genre written in the story is well done, and it could work as a story on its own. 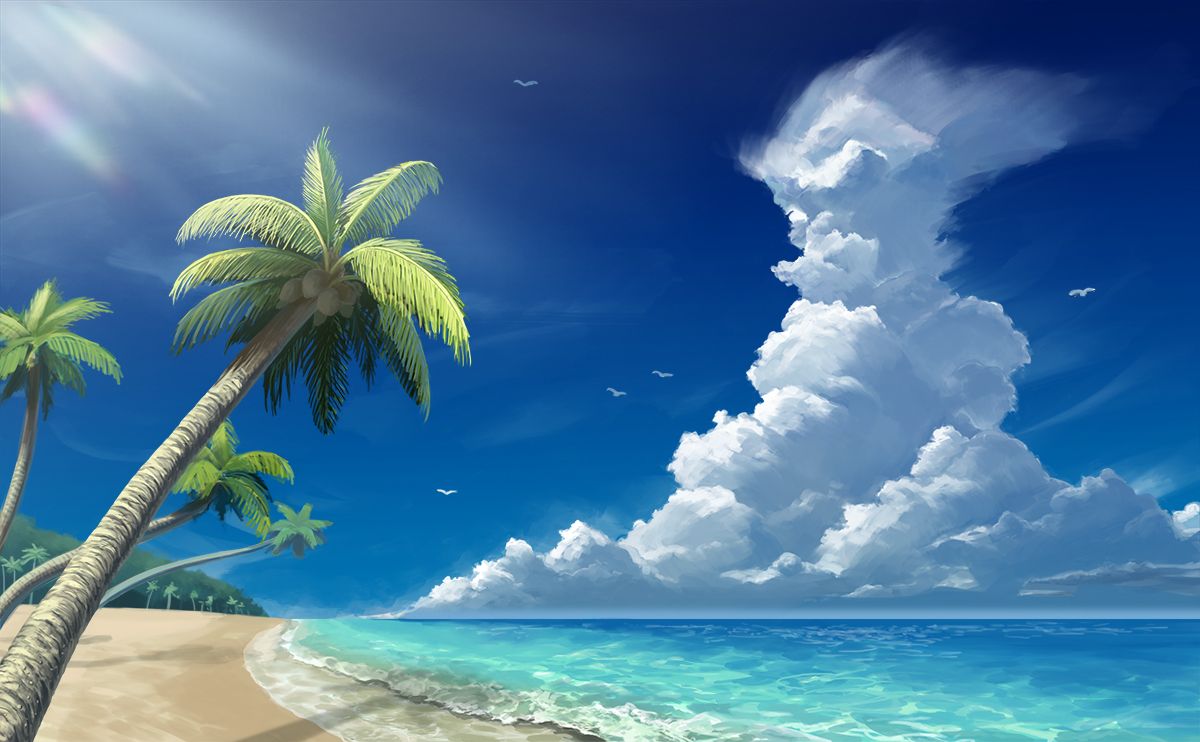