WIP The negative of non dualism, or why you should watch my friend Tama's anime. First, we need to understand that among arts, sports is the only one that quantifies reality. As such, it introduce an objective element that no other art form has. Goals, points, etc. Even if there is a subjective judge, there is still someone who objectively wins.

We can divide arts in two groups. The first is arts that are the best at* describing the world as the artist sees it. These are painting, sculpting, comics, poetry, etc. The second group includes writing (not poetry), theatre, and movies. These excel at presenting relationships between the I and the self/mind (books), other people (theatre), and society** (movies). We can see that this second group is dualistic, in the sense that there is a tension between "I" and "other".*** The first group is non-dualistic, because all there is is the artist and the world is her creation.

Where does sports stand?
One of the key components of it is the "scaling" of archetypical and abstract phenomena into concrete experiences in our worldÂ°. This scaling (macrocosmo to microcosmo) suggests two things: one, we can scale back, and every experience can shed it's specifity and become universal, and two, one could go deeper until the whole cosmo is a dot. Whatever path we take the destination is the same: non dualism.
We know that, compared to the non dualistic arts we elencated before, sports have the objective element mentioned at the beginning. If, then, a sculpture is purely creation, and thus subjective/emotion/interpretation, sports are a conclusion. Given the rules and starting positions, everything follows logically. Nomological determinism, if you will. To digress, this result highlights one posible real identity of sports, poetry written in mathematics. Right now we still confuse the art with the genre with the tools, and sports as a noun means too many things.Â°Â°

Back on topic, and to the conclusion.
Dualism is the negation of non dualism, sports are its negative.

How does this come in play in today's episode? Among all sports, the most "numerical" is baseball. One might even say that it's more spreadsheet than sport. One would be correct.
As such, it's completely devoid of morals and ethics, there is only logic. If this girl is so good at batting, then we will intetionally have her walk. It doesn't matter if the individual does not like it. What you have to/should/must do are all the same thing. Life is not a tree with multiple branches, at best it's a river which momentaneously splits and then reform again.

*"are the best at", not "only good at".
** defined as the emergent result of putting a lot of people together, ie pluralism exacerbated to the point of looping back into dualism.
***in case of books, the other is often the mind, and the tension is between inside and outside. Theatre is about others, but rarely the interaction is simultaneously between more than two individuals.
Â°and not the world we see on screen. Or, equivalently, the artist and her product are the same thing.
Â°Â°for example, from our discourse it follows that speedrunning is an art form and in the same category as sports, but we don't have a word for this category. Should we use sports, knowing it will create even more confusion?

I don't remember much about the manga, so a lot of what we see in the anime is new to me.
I thought that Miko is a very interesting character. From a certain point of view, you feel bad for her. She wants to do good and the world rejects her. A lot could be said about her, since the world she sees is exactly the world a lot of isekai mcs see, even if then they go in different directions. But there is a but.
She's a fool. She speaks of rules and laws, but she doesn't have the charisma, the brain, or the muscles to pull it off. She's extremely egocentric, it's her worldview or the rope, if she could. That's the tragedy, she literally doesn't understand what she is doing wrong. That, and she conflates justice with laws. She doesn't understand why laws exist.

It's very interesting, because I don't remember a character like her. Usually in Japanese media there is a struggle, a tension, between laws and justice. People who use laws are evil, scheming, while the good guy is a rebel. A lot of yakuza movies follow this scheme, especially the "good yakuza" ones. If someone is good and follows the rules, he knows he has to bend them, or he uses monsters when he needs it. A proper legalist character like her is unknown to me.

This might be just be a coincidence, and drawn just because it looked cool. The vineyard on the bottom right looks a lot like a "cavalletto", a drainage system for agriculture. Or at least it was used in Italy, I don't know about the rest of the world. From this we can assume that the soil is deep and heavy, with drainage issues. 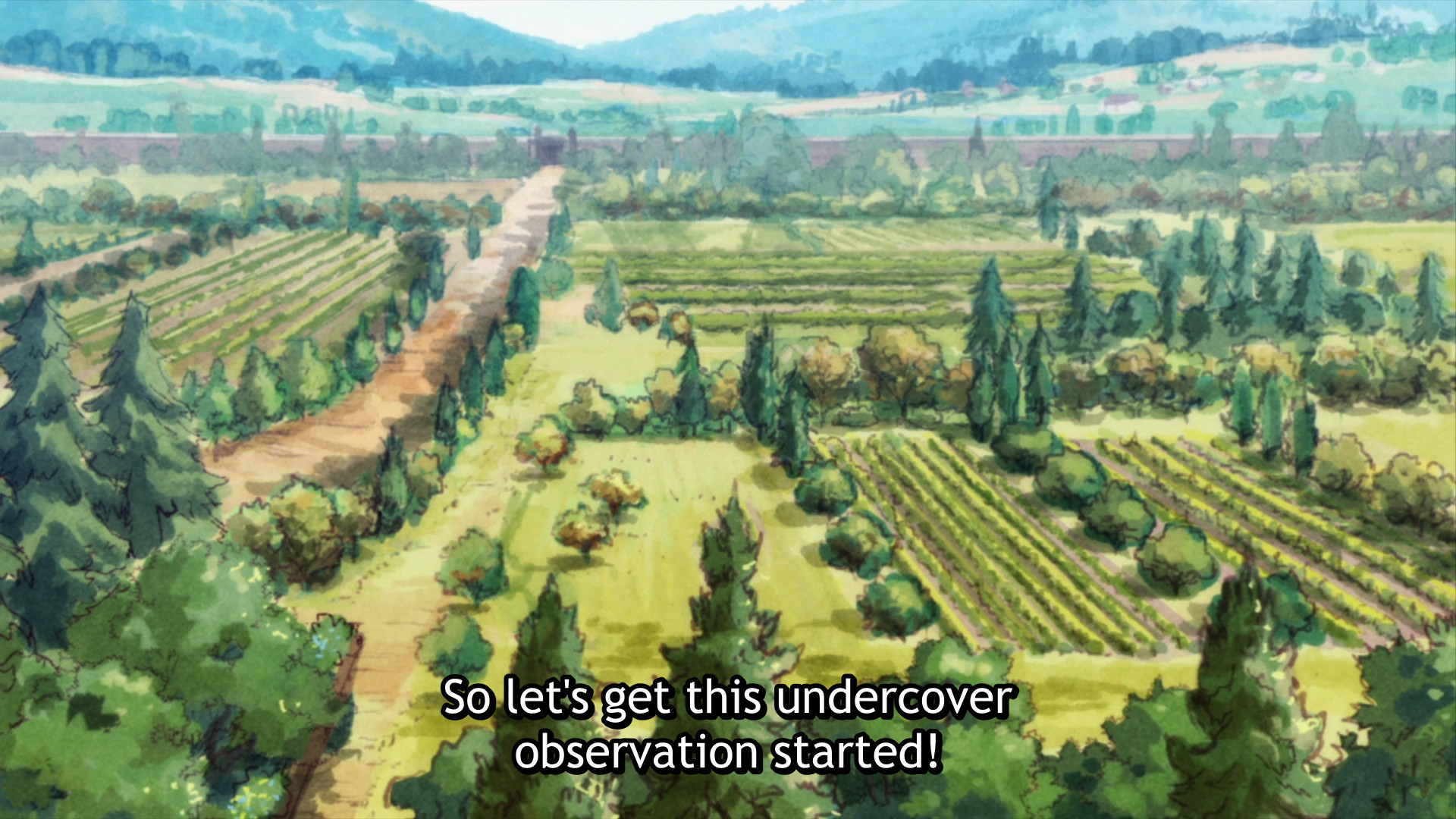 The fourth episode continues with the horror atmosphere, as we can see here in the use of the lights. The more "meme" and randumb parts were never randumb, they were more similar to those scenes in existential horrors where the main character realizes he has been living a lie his whole life, and reality starts collapsing around him. 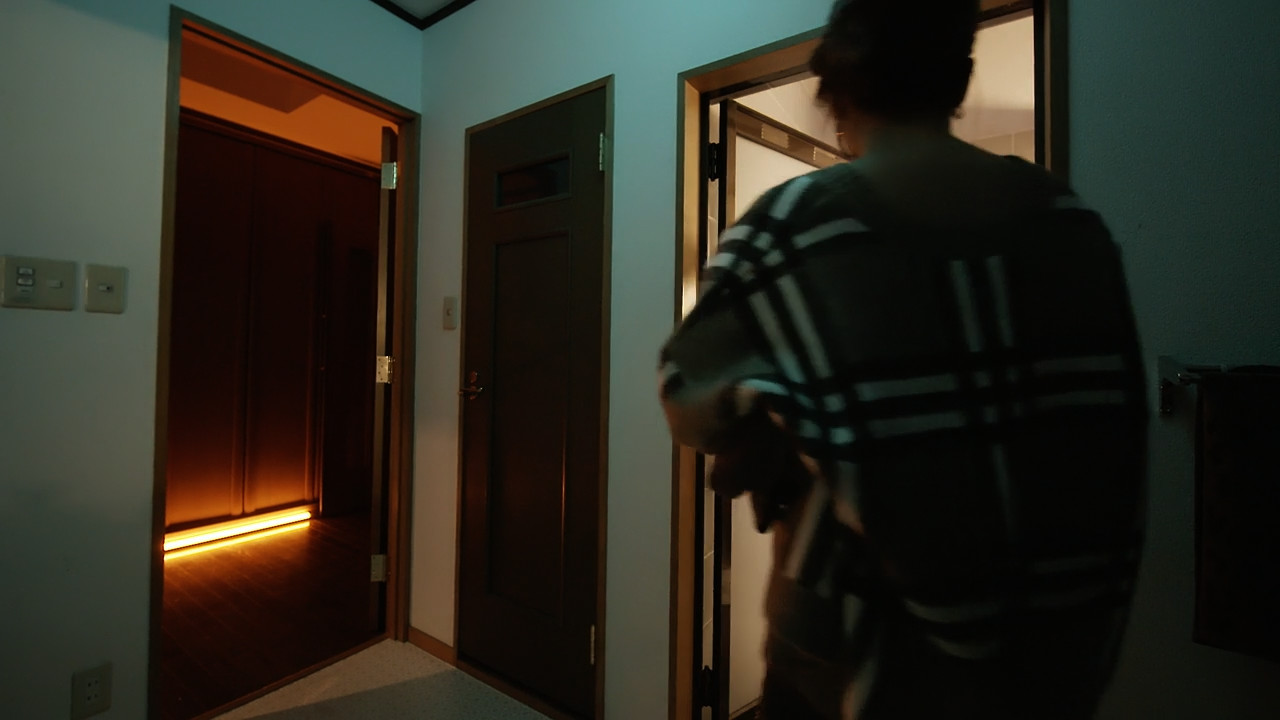 This show has some well done directing. Nothing shocking or that one would call kino, but the parallel between the two friends (forgot their name) talking at night and Nozomi is there to drive home the point. And the point is not merely that you need friends to talk with, but that you need to not over rate your role.
Why is Nozomi taking the failure so bad? because she oscillates between arrogance and lack of self worth. She is delusional enough to think that she should lead her team, that everything depends on her. It's HER fault if they lose. Sadly for her, she doesn't have enough confidece, and this undermines everything.
On the other hand, the chunkster completely externalize her goals. She doesn't really care for baseball, she just wants to be better than her friend. And this is all fun and dandy until you actually succeed, and you realize just how empty your life. Unless your friend is just as obsessed with you as you are with her (no homo) this is another self destructive road.
Thus, my friend Yomi offers the synthesis of these thesis and anti-thesis. She's self centred enough to be her own goal, without being burdened or encourage by those around. She exists on her own without the other.

So, after 3 episodes of characters being introduced, we are reaching what the show is about. And, like every good sport anime, is actually not about sports. It's about the incapacity to leave something that hurts you, it's about loving something that harms you. It says that doing sports is doing drugs, in the sense that it's not only addictive but it has the highs and the lows, and it's never as fun as you think it's going to be, but you just can't quit. It's a core theme in many gangster movies as well. 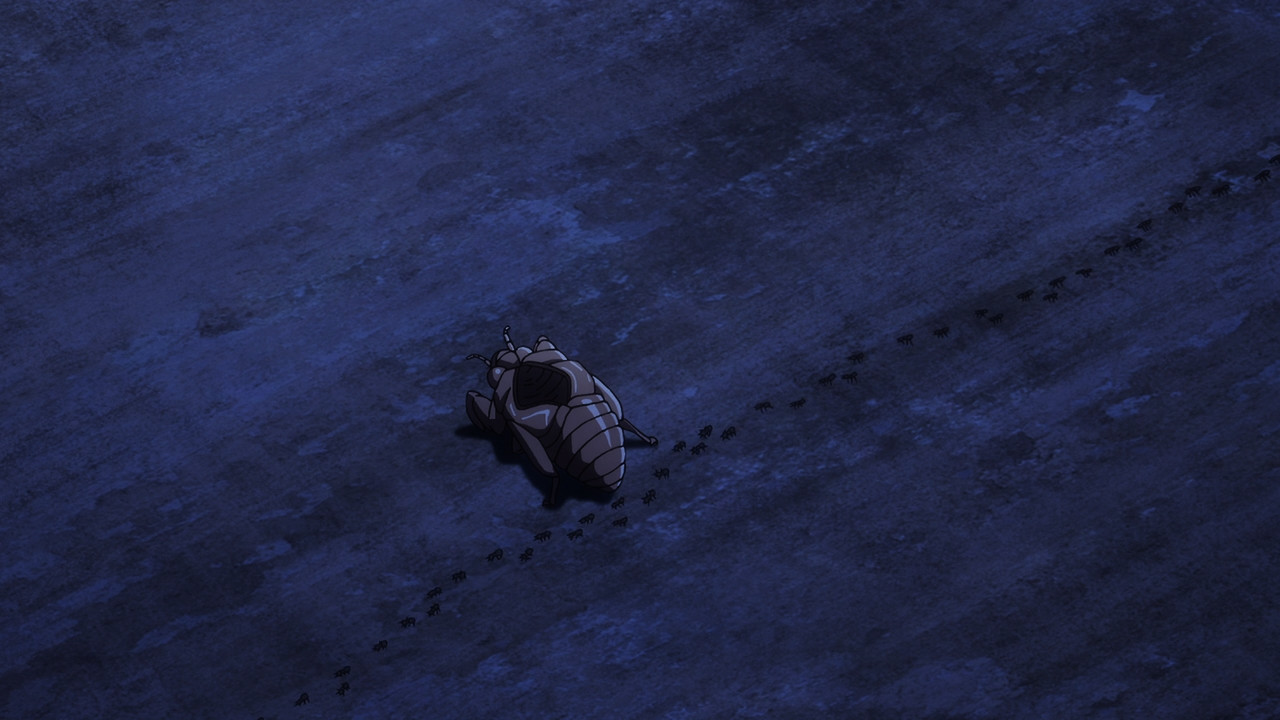 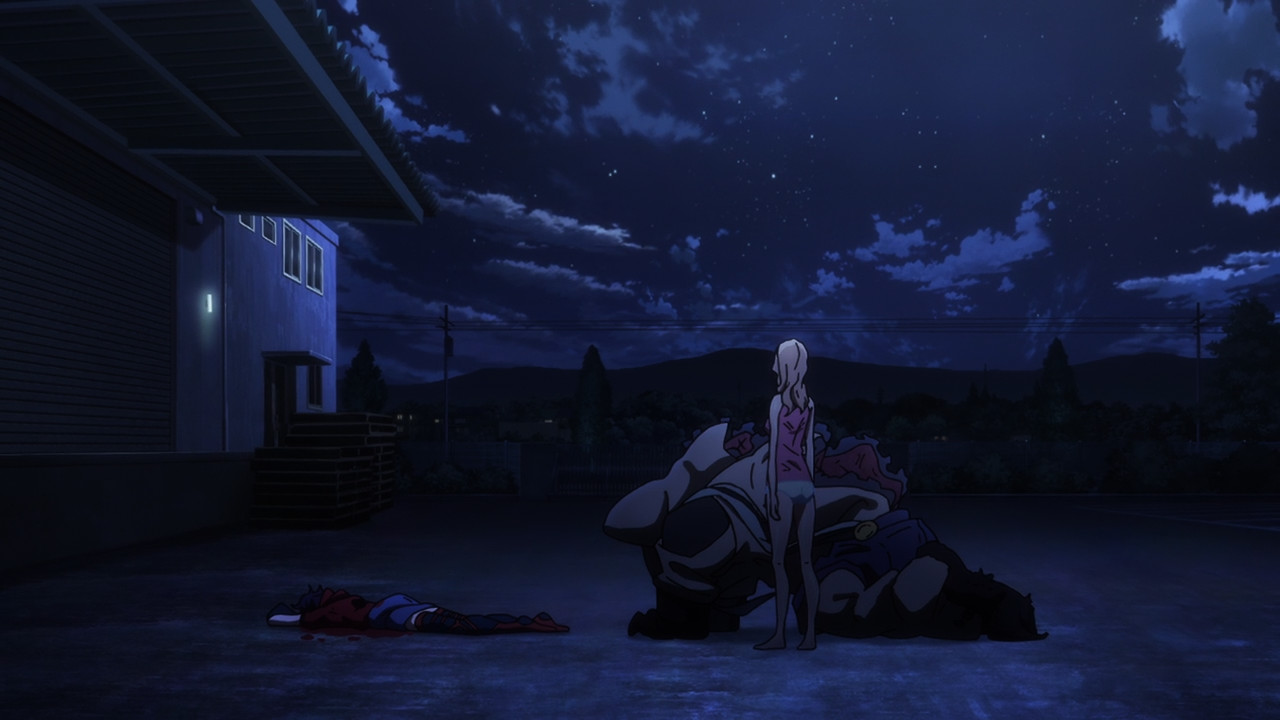 In the last two episodes, mostly in the second one, the 3d segment was quite weird. Definitely oniric, eerie, and anxious. They are using muted colours, the grey sky, to sell us that smeone thing is wrong here. I love it, it's the most interesting thing this season, even if it's not anime. 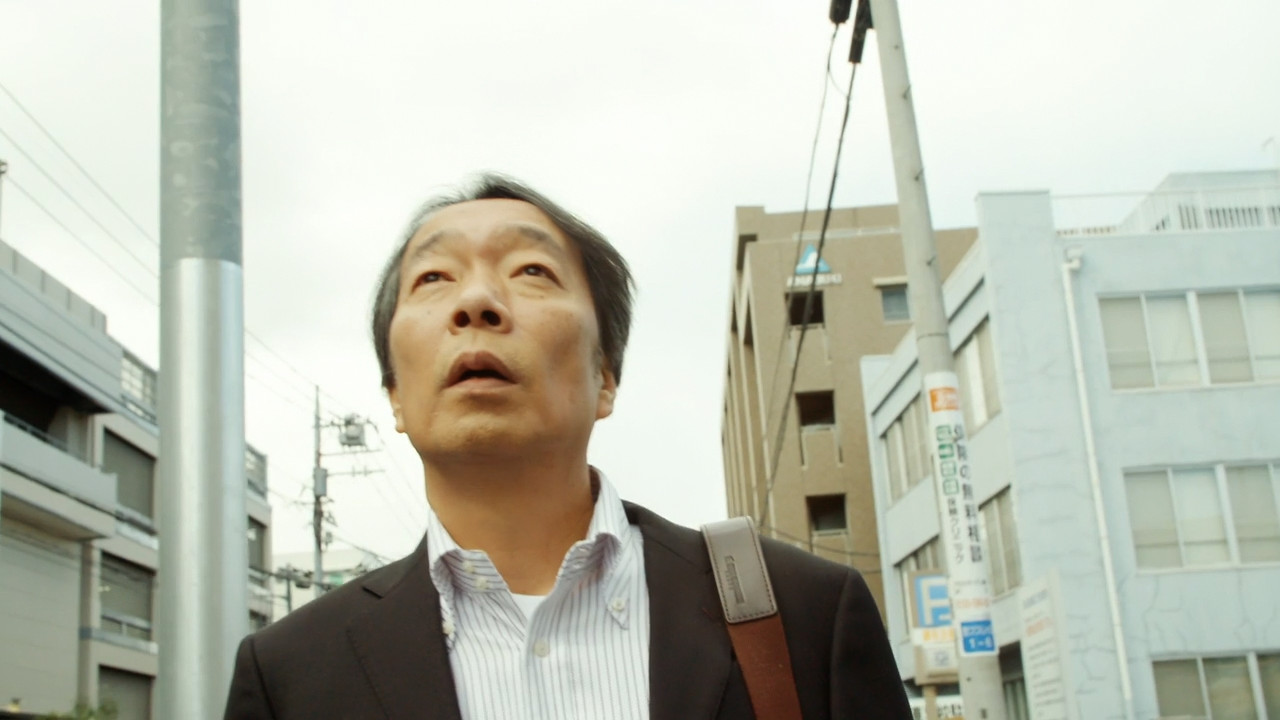 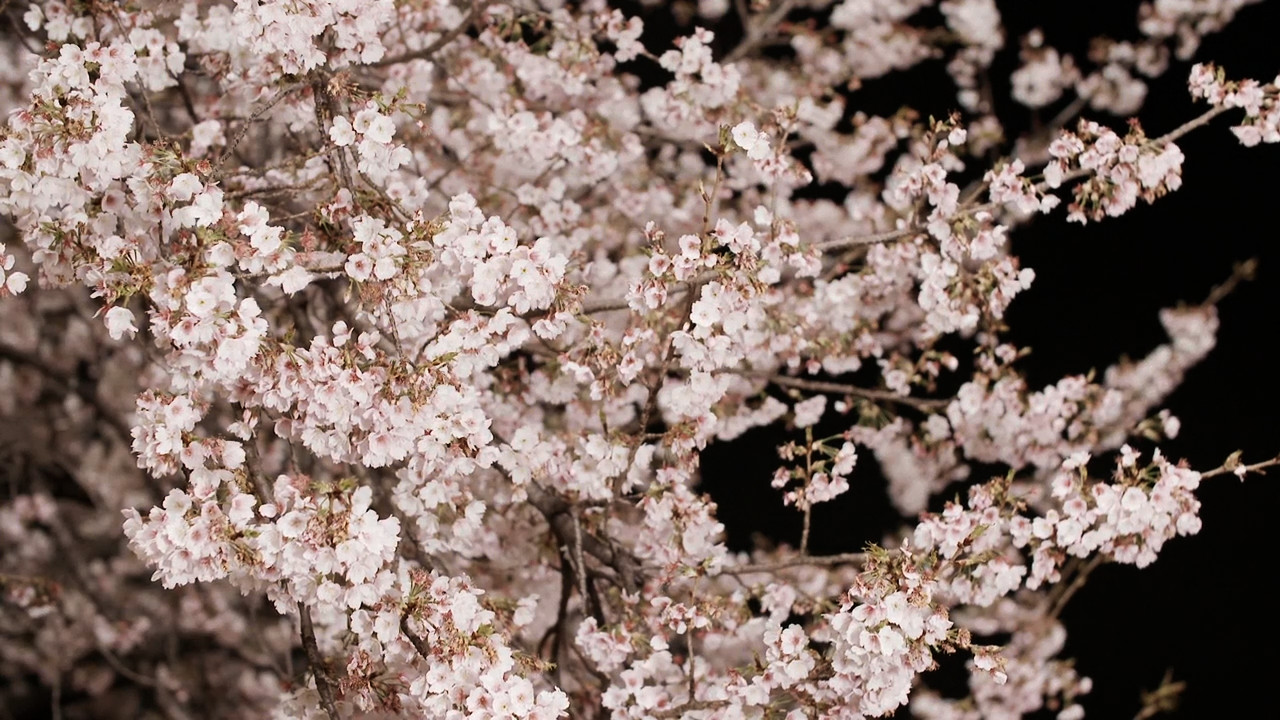 I saw this idea that the cherry tree can make you lose your mind before, in "Under the cherry blossom". Konohana Kitan also referenced it. I think it's a very nice idea for a horror, and should be used more. 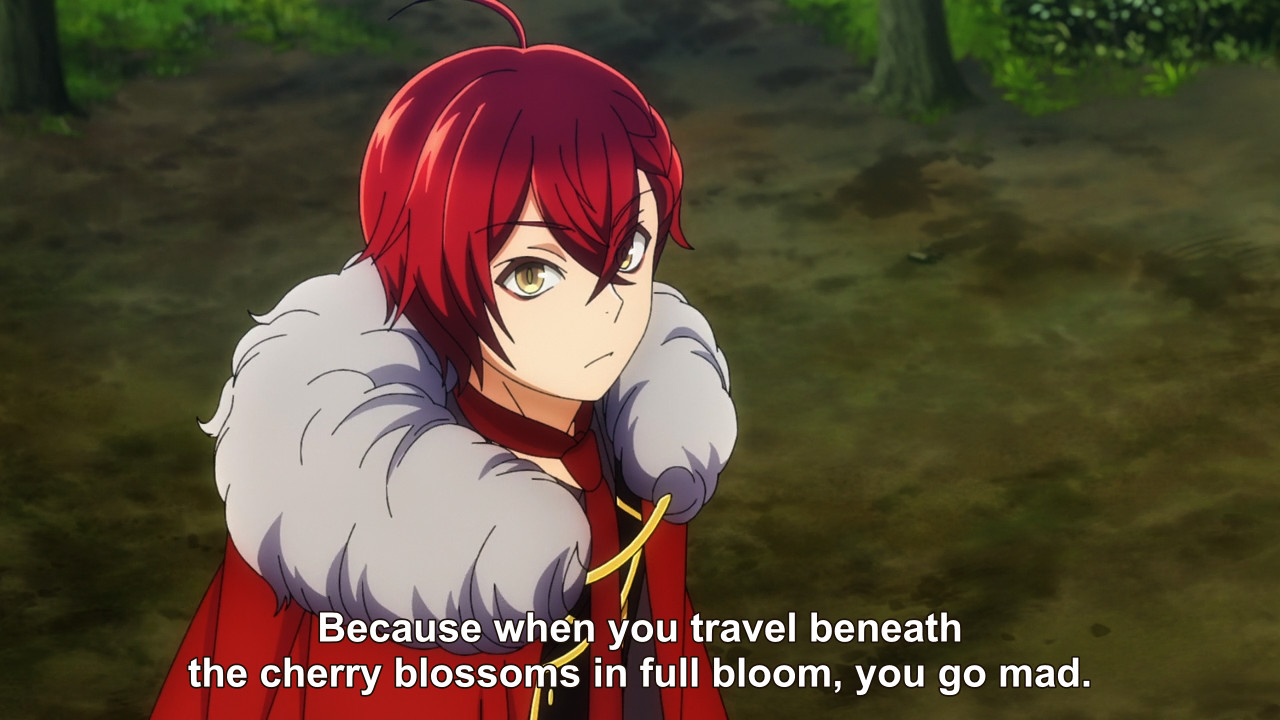 I like the manga but the anime is souring me on it. Frankly it's just a shoujo romance in another time and space, and not in a good way.

I've beenb reading some of these "girl is reincarnated in an otome villain" and they are not bad. The main selling point to me is that these characters show a spark, a desire to live, that reminds of the villains from disney movies, the best thing about disney movies.

This is real animation, evey deformation, every sound, every frame, is there to convey something. This isn't art for the sake of art or empty technical showing off, it's art.

Some things are good, some are bad. The main issue I have is that the fact a poor noble is pretending to be rich should either tragic or funny, instead it's just there. Like a lot of isekai, it lacks impact and weight.
Though, I want to complain about a trend in self insert for guys. I am tired of these mcs that are special because of their birth or something like that. In this episode we see that the mc save the mage guy because he has some magic because he's special. Precure does this much better, because the girls get the magical powers because they saved someone. It's an invert cause and effect. In precure, if you are brave you will be rewarded. Here, you are brave only because you are special. At least a lot of shounen either say that you have to work hard (even if it's pointless in face of talent) or there is some negative side to how special you are. Isekai cheat magician did this right because, while the mc was very strong just because, he was 1. made more human by how powerful his friend was 2. scared shitless of what could happen to his and, more importantly, made human to our eyes since he couldn't save Anya and all he has was an empty revenge. For all the power he had, he was weak when it mattered to him.
These mcs are made for people who are so defeated by life that they think the only way to make it is by being born special. It's even worse, since they are not even nobles, by spirit or birth, which could add some price to it, they are just special. 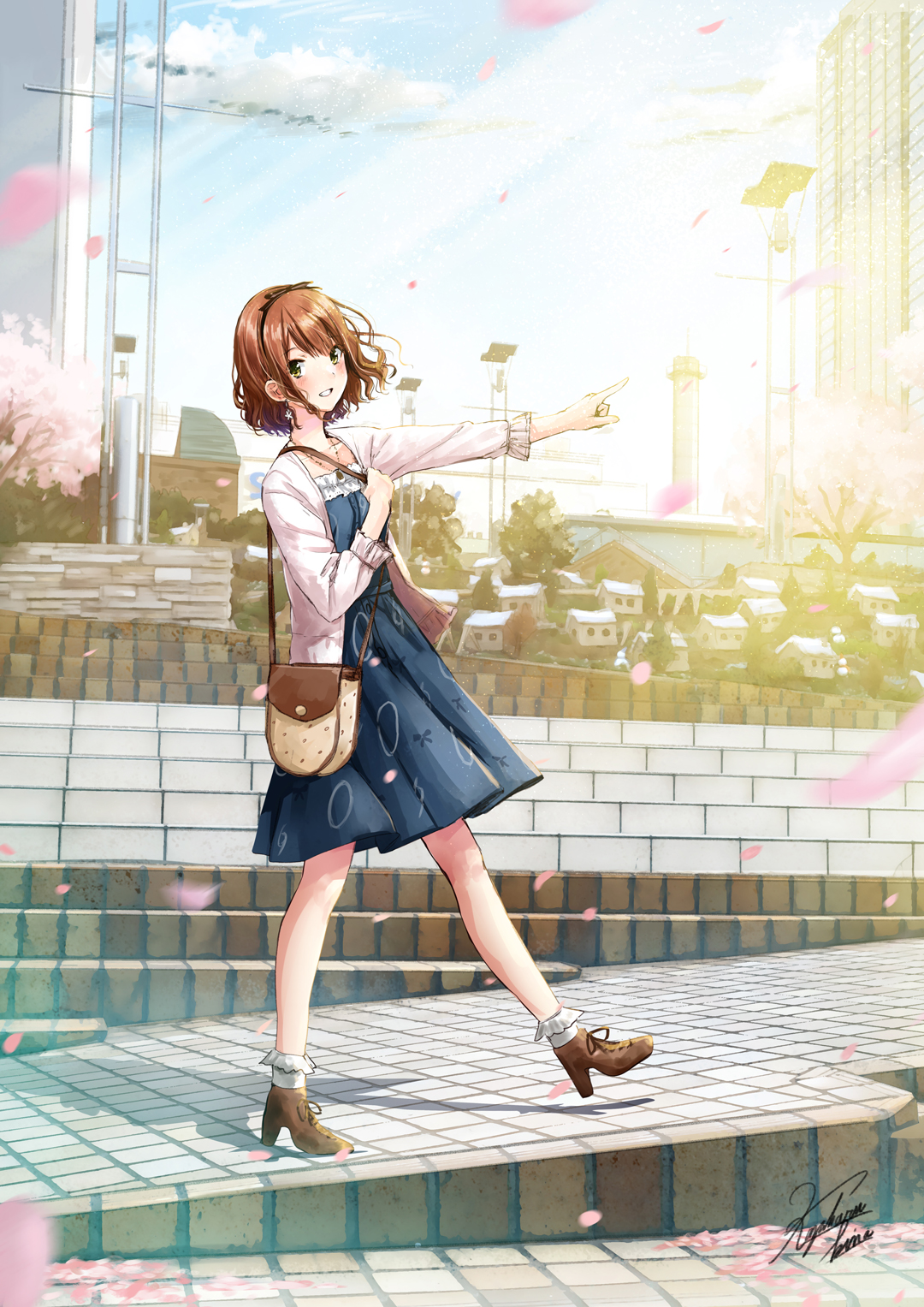