Probably too long for its own good, too incosistent going from very good episodes (like the last one imho) and awful ones. It was a weird way to end it, like they were baiting for another season. I remember another anime that did something similar but I forgot the name. Now I am not even sure if it was an anime or not. It was something sci-fi, there was revenge. No matter, the point is it was weird to end the anime on a weird somewhat ironic episode about Spring Tiger, even if the irony was already present in the end with thing like Manlet Tiger.

The romance story we got was ok. I don't think it was the amazing show some people made it out to be, but I can see why they loved it. The ending was a bit meh, or, to say it better, it should have had one more episode instead of the short time skip we got, even if it had its own charm. I think we should have seen what happened to the rest of the cast honestly, bit shit move to drop all the shorts, all the romantic subplots, and I think my homegirl Chinatsu shouldn't have disappeared like that. This said, when I look at what FAG was, or Houkao no pleaides was, to name the first two anime made to sell something and not a simple adaption, I can see the studio should have done more. This could have been the anime that finally talked about what a telephone actually means and represents for the youth, something no media in general seems to be talking about. There were some kinda elements of this with the LINE software, but it wasn't enough, and it wasn't in depth enough.

It was ok, in the genre of female violence and martial arts it did its job. Nothing much to say here, though I wish the characters fighting styles were a bit more different. The fight choreographies though, they were amazing and wouldn't be out of place in a chinese movie. It's annoying an anime based on a dating sim for girls has better fights than western big money movies and most anime. I feel like the director here tried to showed what you can do with no budget and I liked it. I also liked how the parts with the characters talking on their own felt like from a documentary and not from a reality tv show.

Art. I have no other word for it. The part with Gourai being kidnapped is easily the best "horror" scene in an anime is Oniisama e..., and the ending is pure genius. I mean, how the sounds stop, a good of shaking camera, the fast cut to give tension and the feeling of being powerless. Gourai being kidnapped was pure kino. The idea of alternating a precure style mmd ed and Aho and the fags being drawn like a kid drawing with that background is amazing, there is a return to that state of being a hapy kid daydreaming about her adventures with some tv characters. This how you do proper meta, not "lol it's a cliche and we know it", because it builds on the viewers knowing what the mmd dancing stood for. Other top scenes, Bukiko saying that Aho is like a mother and then Gourai saying she wanted Aho's surname, all building on the idea that the fags are the daughters you will never have. The implication that Aho invited Bukiko but she didn't accept last year. And the timing of the comedy, even simply how to build a joke with three stills and a va. I have never seen an anime that mastered and understood anime as a medium so well before. It's an incredibly artistic anime and I am sad a lot of people didn't watch this. 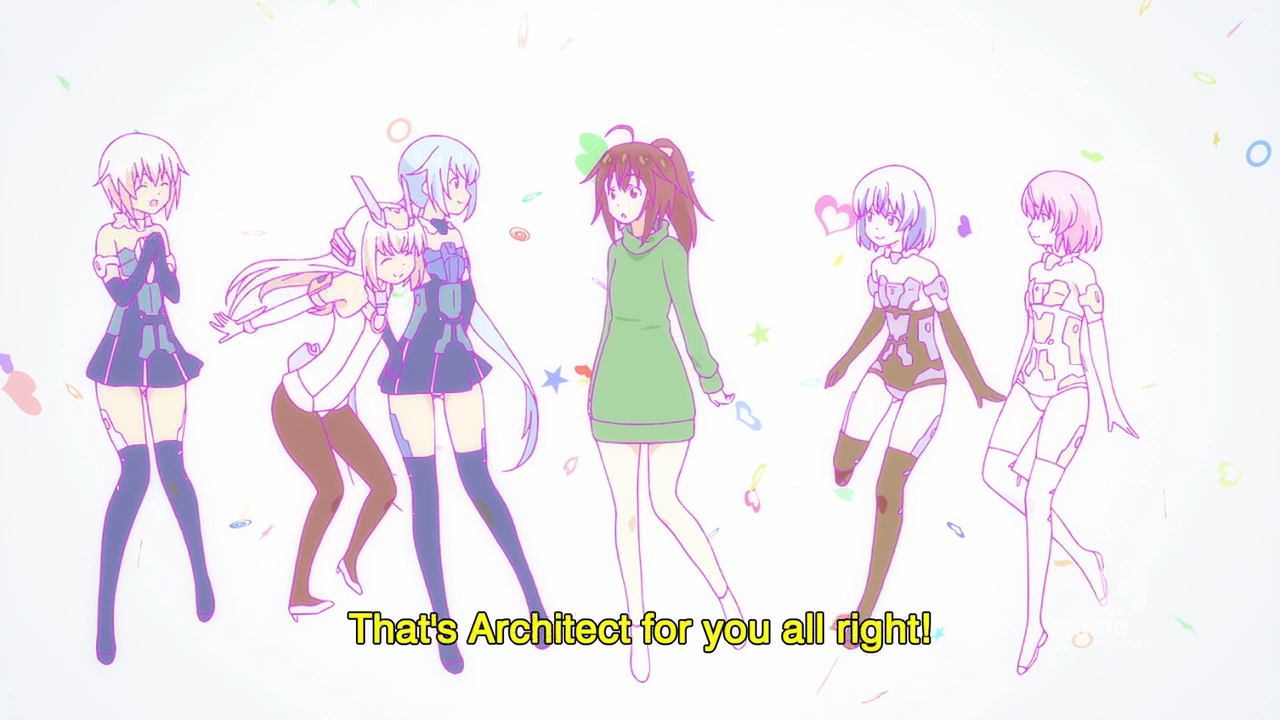 There is nothing I can say was objectively wrong, but there were some things I didn't like. Minor ones are: a) the order of the scenes with Benten and Kaisei. I think I would have liked more if Benten was visited AFTER, doing her first made me think that Kaisei was a consolation prize. b) How the tanunki got away with everything. A major one is the fight between Nidaime and Benten. The fight itself was bad, but that's minor. My main problem was how pathetic the two were. Benten, the goddess, btfo so hard she will never be a credible power again, no matter what she does. Nidaime, the hero who defeated the evil goddess, is a dirty drunkard surrounded by the dreg of society and he hates them, see pic. It was like one of those western comics where the author decides to make a grim dark story showing how human super heroes are. 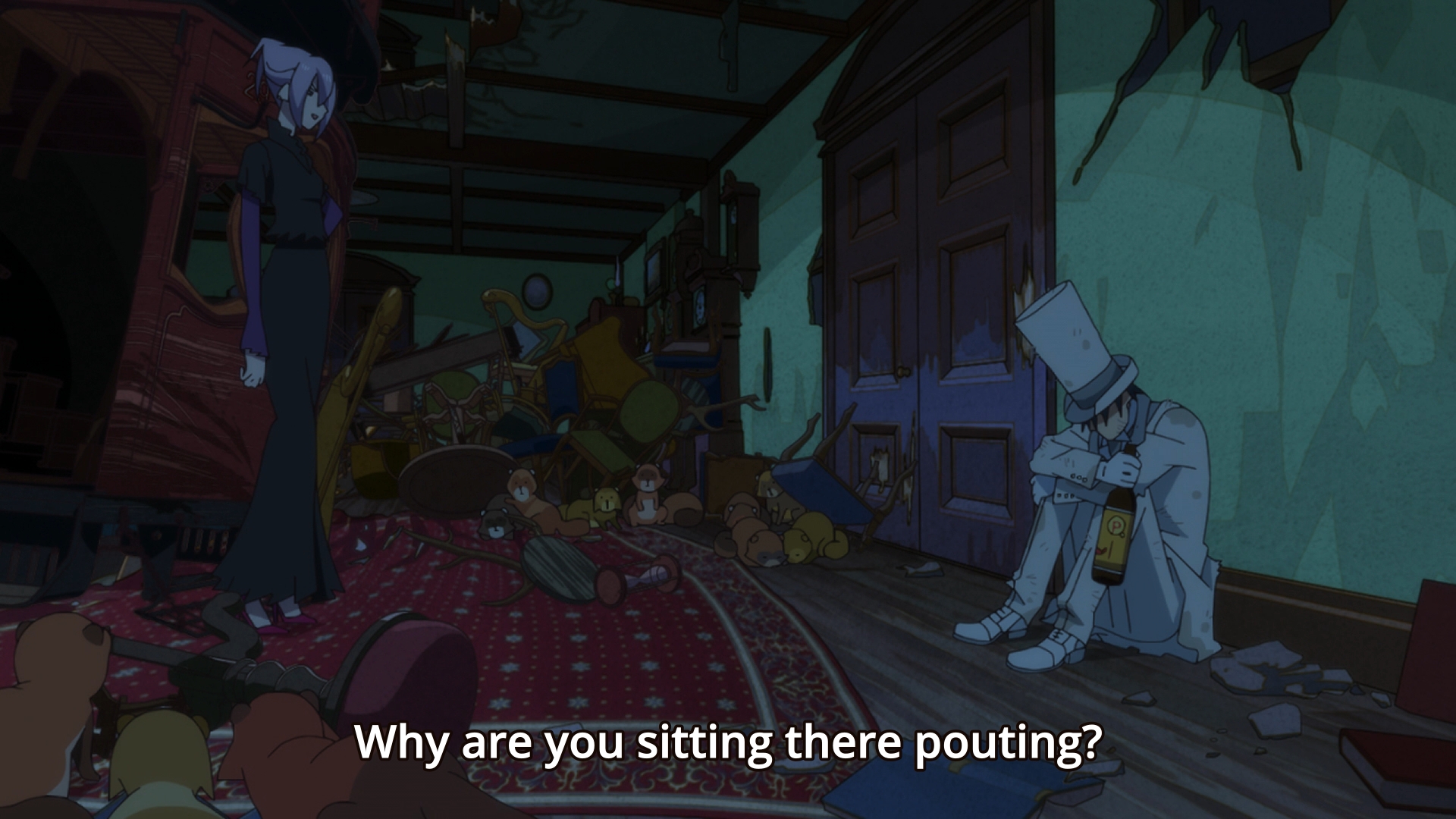 I am not sure about what happened exactly, but the clocks were cute, top tier mc, and solid cast all around. I liked it, at the end of the day.

Wew. One of the most ballless anime I've ever seen. Every time we got a huge scene, a comedic element arrived to ruin it. The ending didn't feel special because the show already ended twice before. Very disappointing.

It was ok. Maybe we should have never figured out if Moguro was simply fucking around with humanity or if he was trying to help, but then the episodes were he was a dick were the best. Still, I didn't like how incosisten he was. 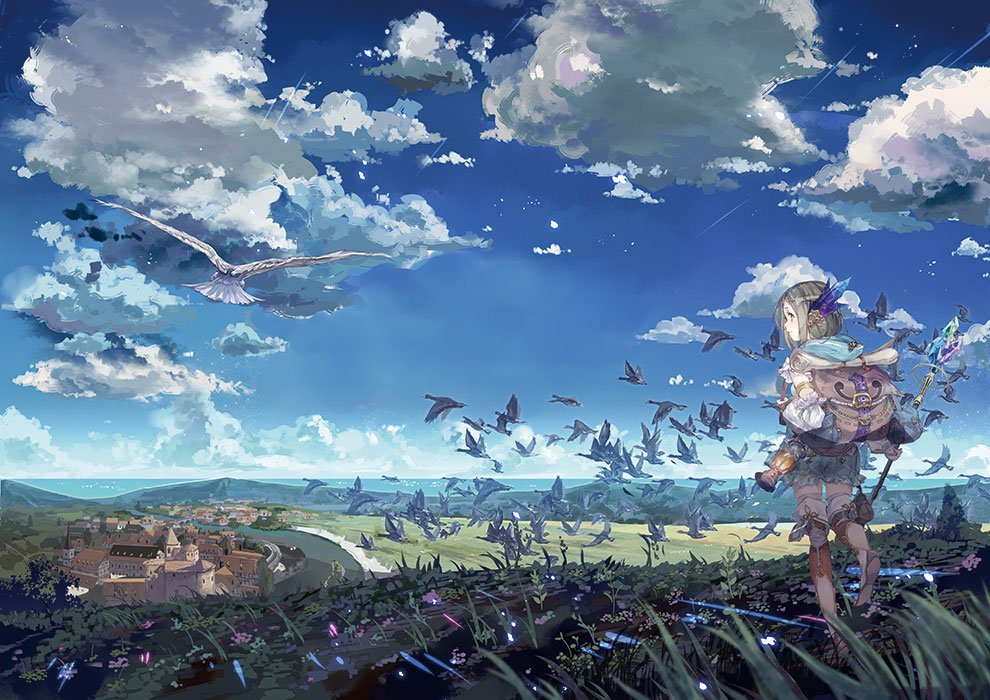