Houkago is unironically a psychological anime. It creates a very specific, even niche situation, which then it uses to project more universal issues.
What is Gabu's talking to herself in her bed, if not questions about converting your passion into a job and how it relates to friends becoming colleagues? It's about the subtle line between rival and colleague that many creative jobs share.
It's not a coincidence the weekly games were about travelling and costs, and reaching a destination.

This episode was great. We all like Sushi and her impact frames, but Leonidas was something else. His words about Gorgon speak of when time was young and monsters roamed the earth. 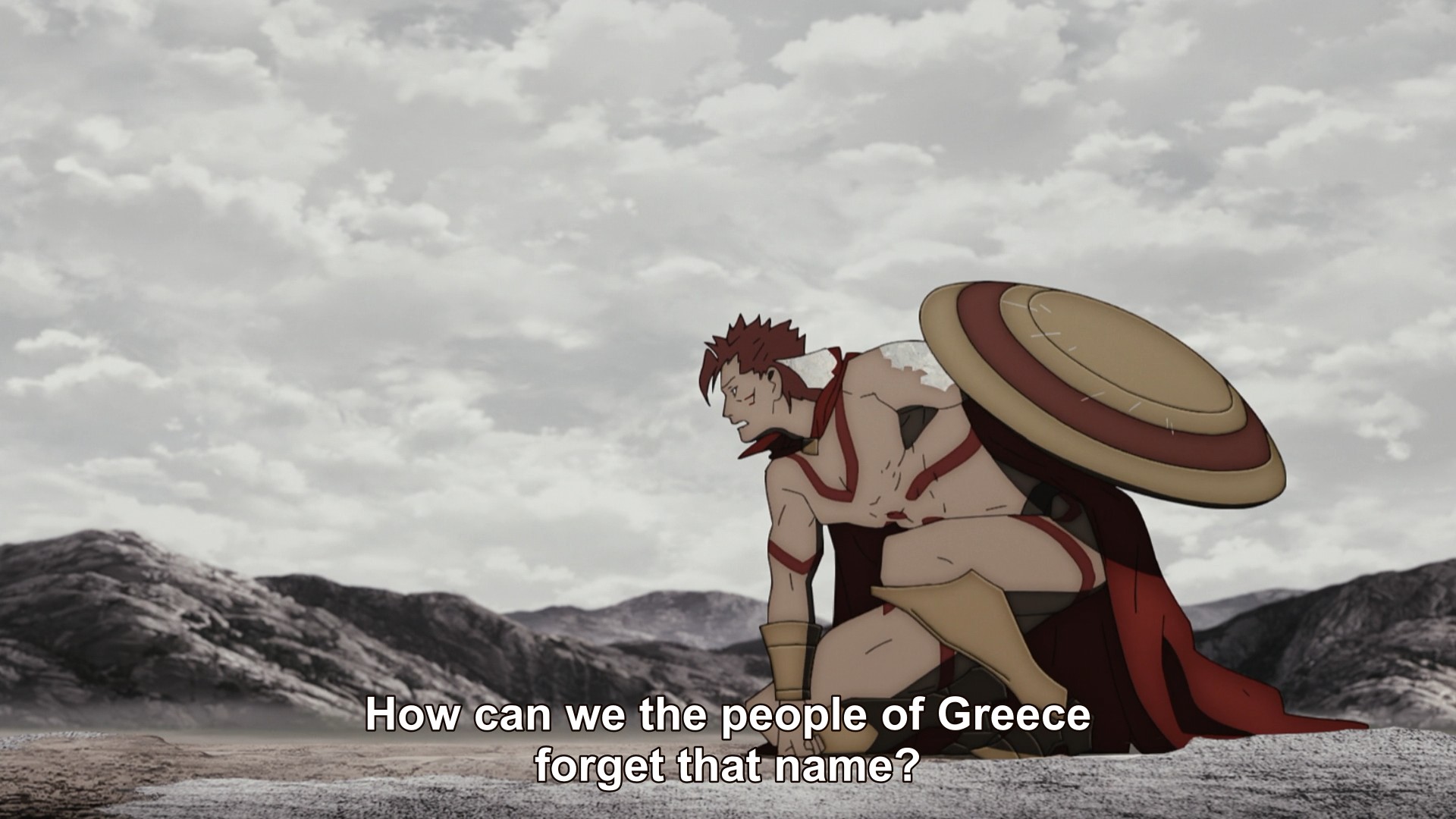 A bunch of quick thought.
Honzuki, like many isekai, actually has some decent ideas. It's a shame they are wasted and dispersed with a bunch of minor stories, if it were a movie it would have been so much better. Pick one between her mother burning her stuff and Lutz wondering who is the real Myne, and you've got great potentia. PP has this idol politician, this is a reminder that Idol Jihen did it first and did it better. Granblue is ok, but goddamn if I don't love the op and ed.

Hell yeah, finally an anime with "the woman is a goddess" theme that does it well. Archaic, primitive, view of the woman as a fertility and death goddess of nature. 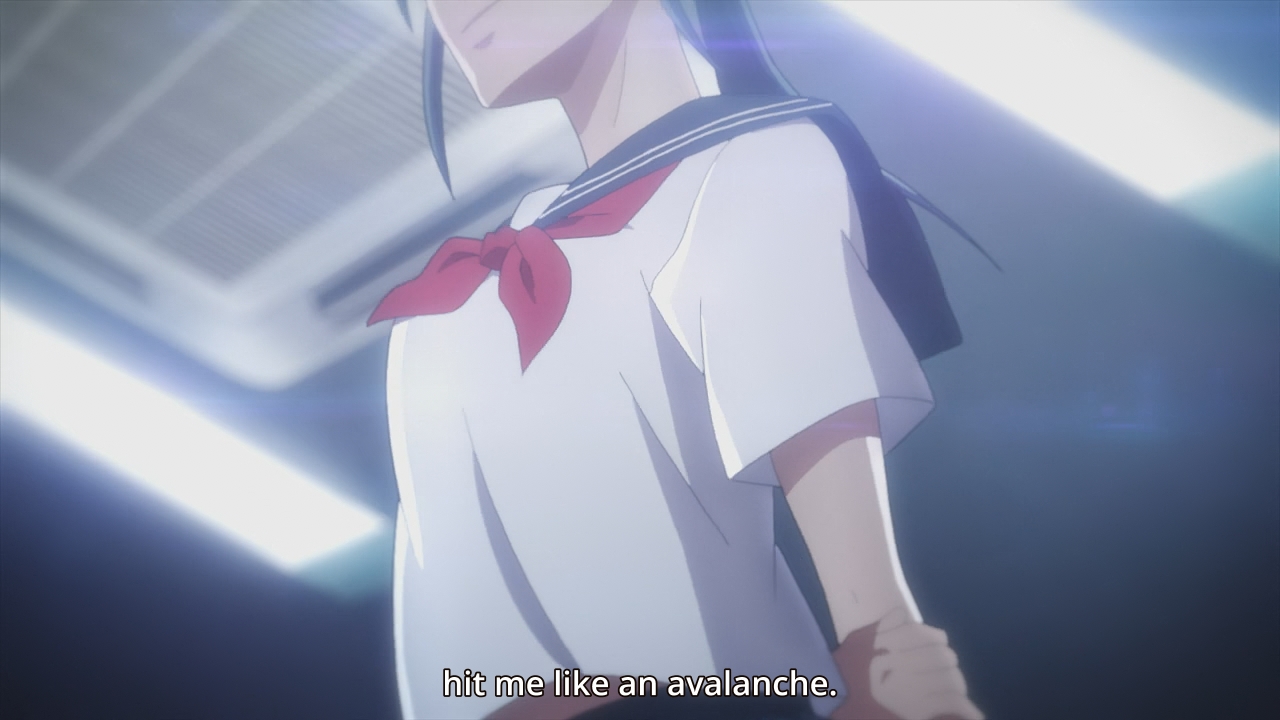 A issue I have with this show is that it feels too much like a rpg, with its levels and its quests. Go there, get that, get paid. 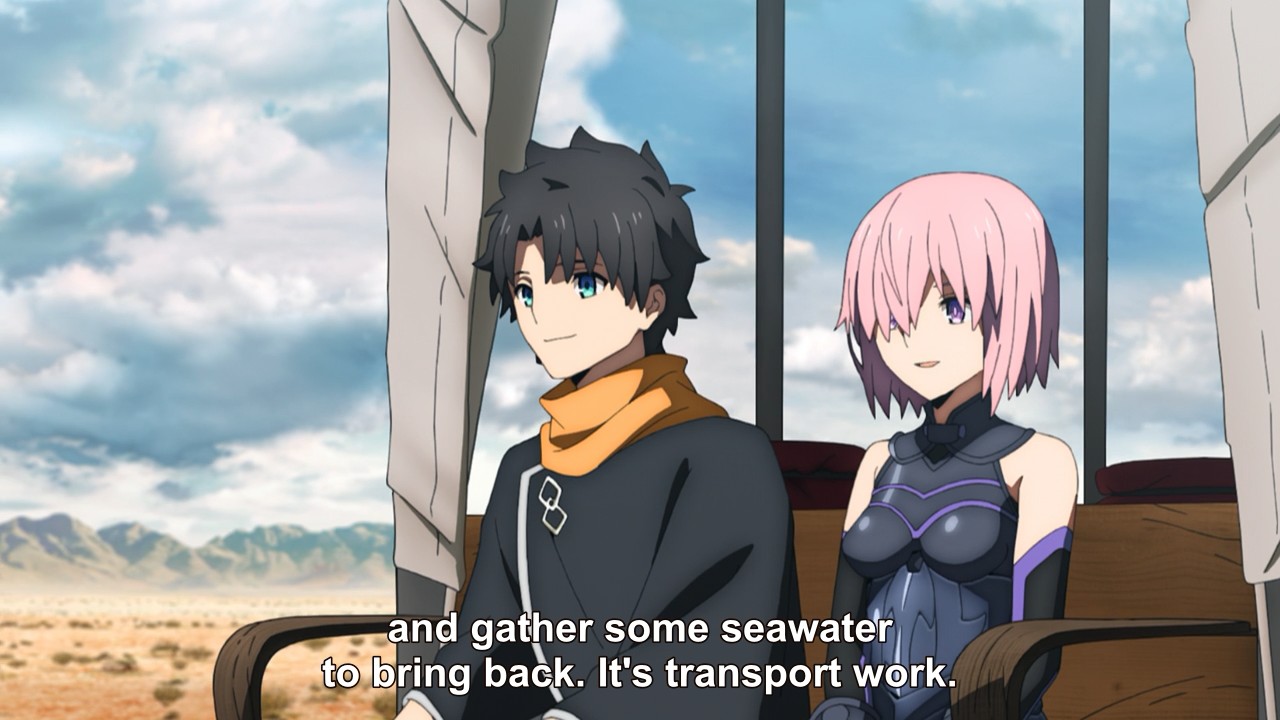 It's not bad, but I just can't believe that medieval people would throw away the water where they cooked vegetables. 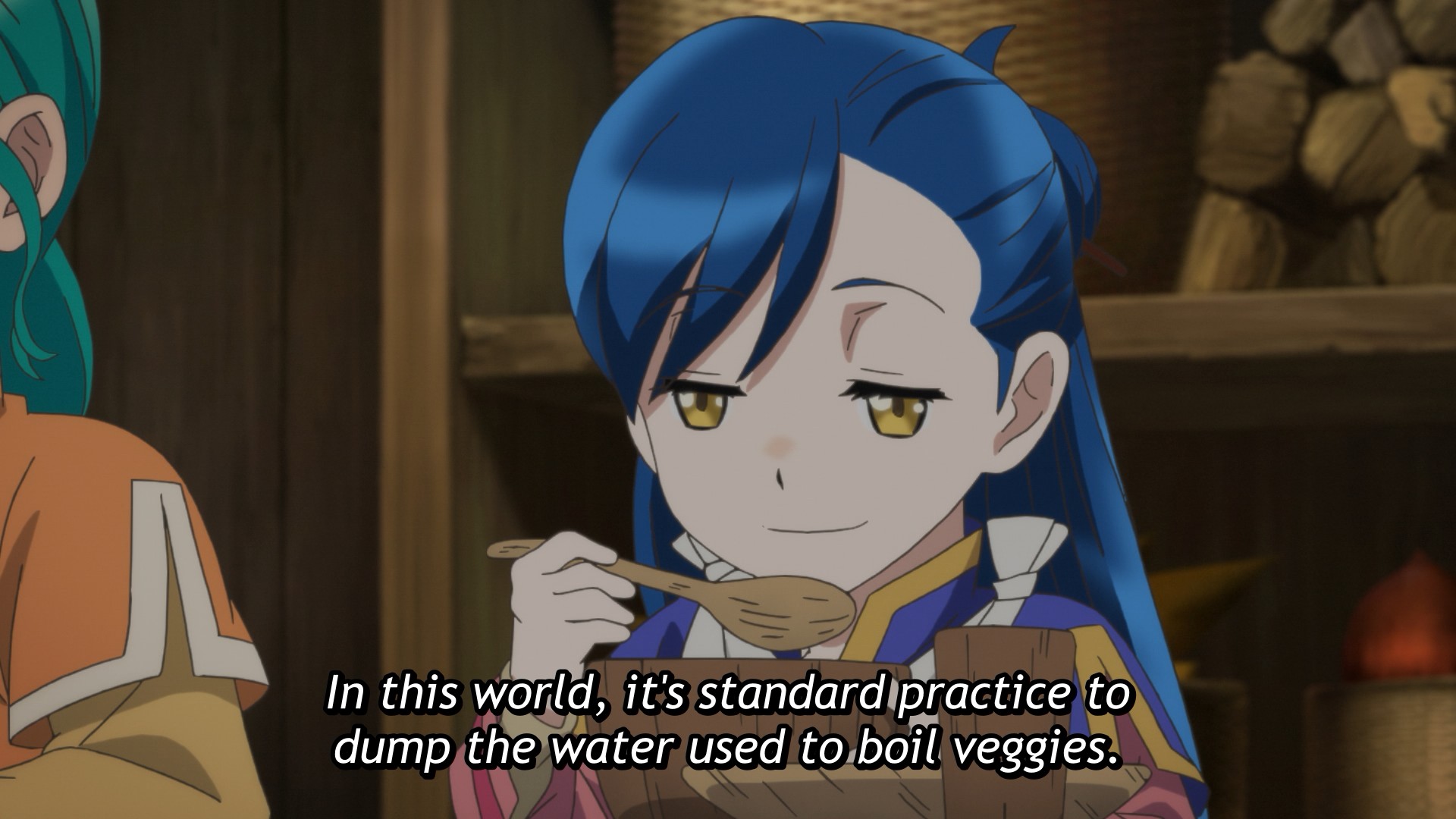 I am thinking about dropping it. It's just so uninteresting now. But I knew it was going to happen, I rarely like anime that present such a grim and fucked up world and play it "seriously". Also, a side note. Many anime I don't like are characterized by not understanding the rules of their own world. In beastars it's illegal to eat meat but eggs are ok. Now, this looks solid on paper, but then you realize how eggs are made and you see how everything falls apart.
Incidently, I am also dropping Kono oto tomare. It's a shame, I loved the first season but this one is too boring.

I like Granblue. But it suffers so so much from poor visual directing. This is the kinda fantasy that needs to looks amazing, it needs to make us feel and live the world. It's not some alien world with funky colours like eg No game no life. Here the colours are all simple, all "earthy". 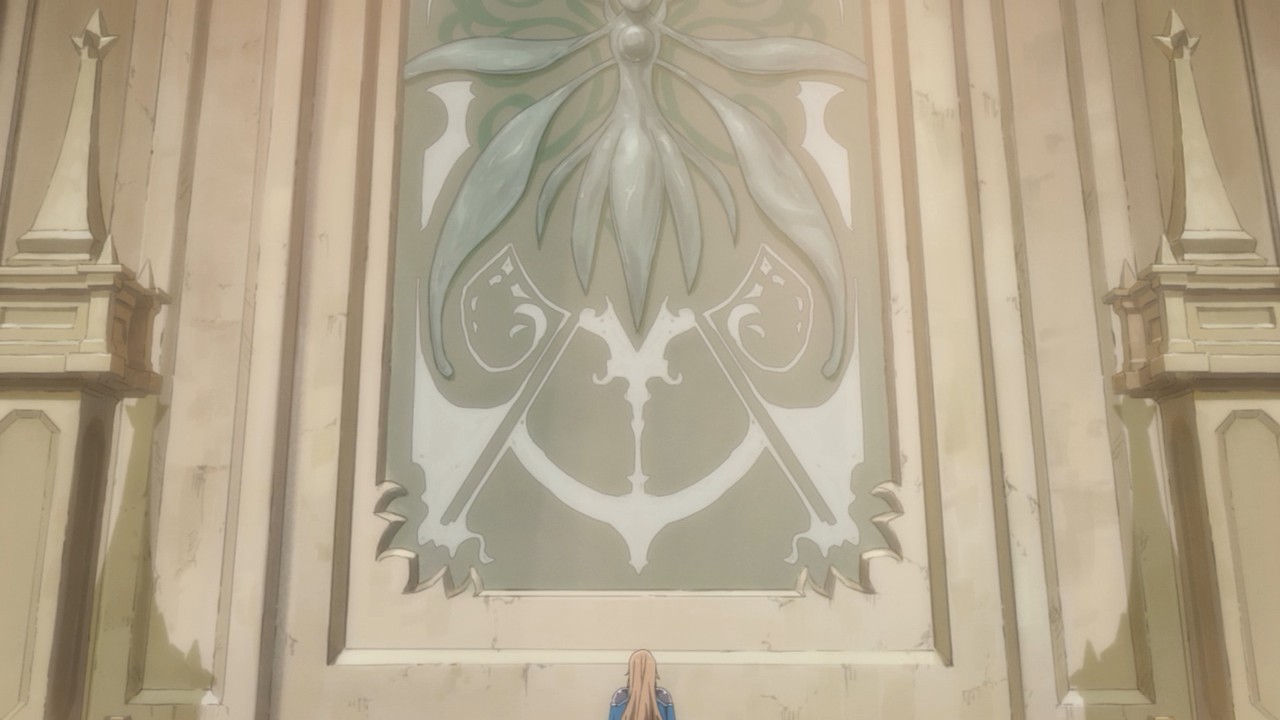 It's not just the poorly drawn characters. Look here, for example. Why not make her cape a very bright blue to make it vibrant, to make it pop out? instead it looks like mud. It feels cheap and it doesn't work.

I think it's the least interesting FATE stuff I've seen. It's not bad. It actually does a good job at introducing a huge cast of characters, the biggest mistake of most gacha anime. The problem is that it feels so... weird? out of place? In-universe, because you have these Japanese guys, these half naked men and girls, all together in Uruk and there seem to be no cultural shock; out-universe because it doesn't feel like fate. I don't know what "feels like fate" means, but it's something even Illya did, and that was fanfiction in a new genre. Here it's almost like a fighting game. I don't know. 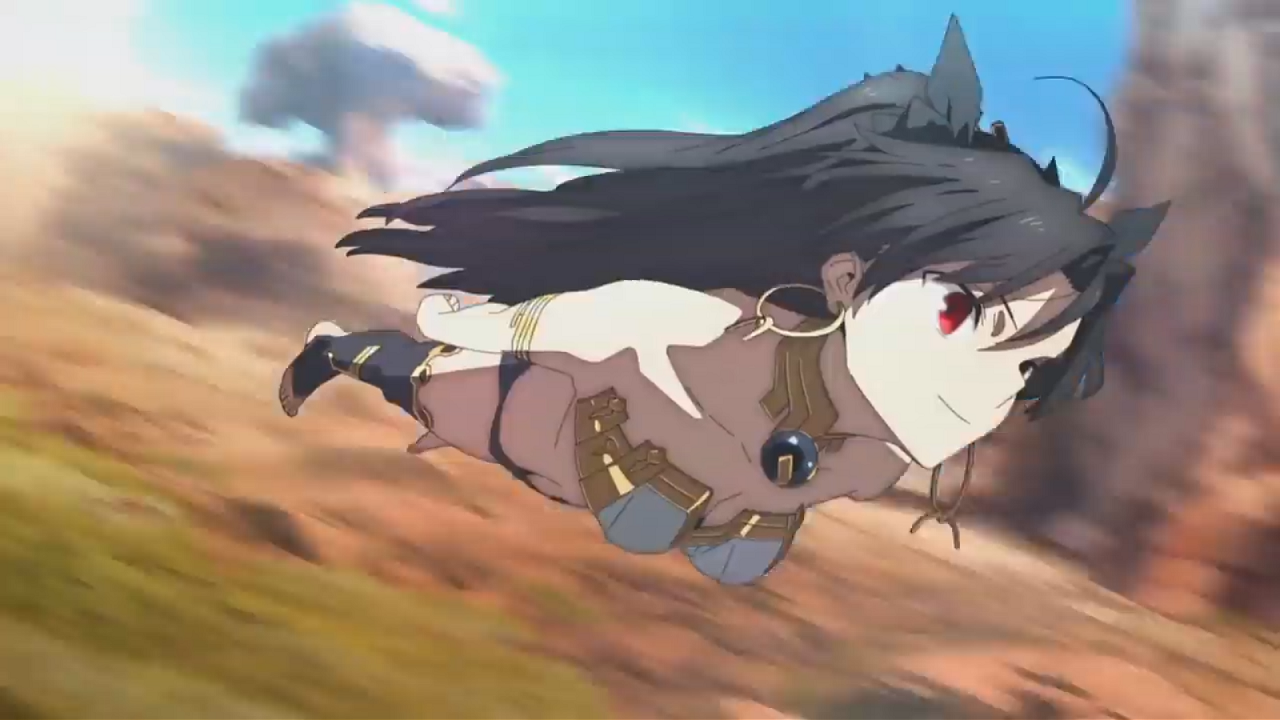 An anon on 4chan said she was flying like a dbz character and it's true.
It does share another issue with most gacha anime: it's just fan service. Extella had something to say, Illya and Apoc were literal fanfiction done with the passion of the amateur. This is just - here pigs, eat scantly dressed waifus.

I will keep watching it though, I am a sucker for very old civilizations and industrial enough to taste like nothing.

They did the right thing by releasing the three episodes together. The ending to the last episode was fantastic, but I would have droppped it after the first episode.

It has a number of small issues, and few things it does well, but there is one gigantic issue that it's worth talking about. This is a movie about female revenge that completely remove the female.
There are like 4 girls in the whole movie. One is a robot, another is the mc who is very boyish, and then there is the white haired girl villain who looks like the trap from oreigaru. Her mother does not appear. It goes even worse. In general a female revenge movie has to have three elements: 1. the woman should use her female charms to defeat the dumb male brute, 2. something mystical or divine, 3. the woman must be hurt in her female side. The movie lacks all of this. 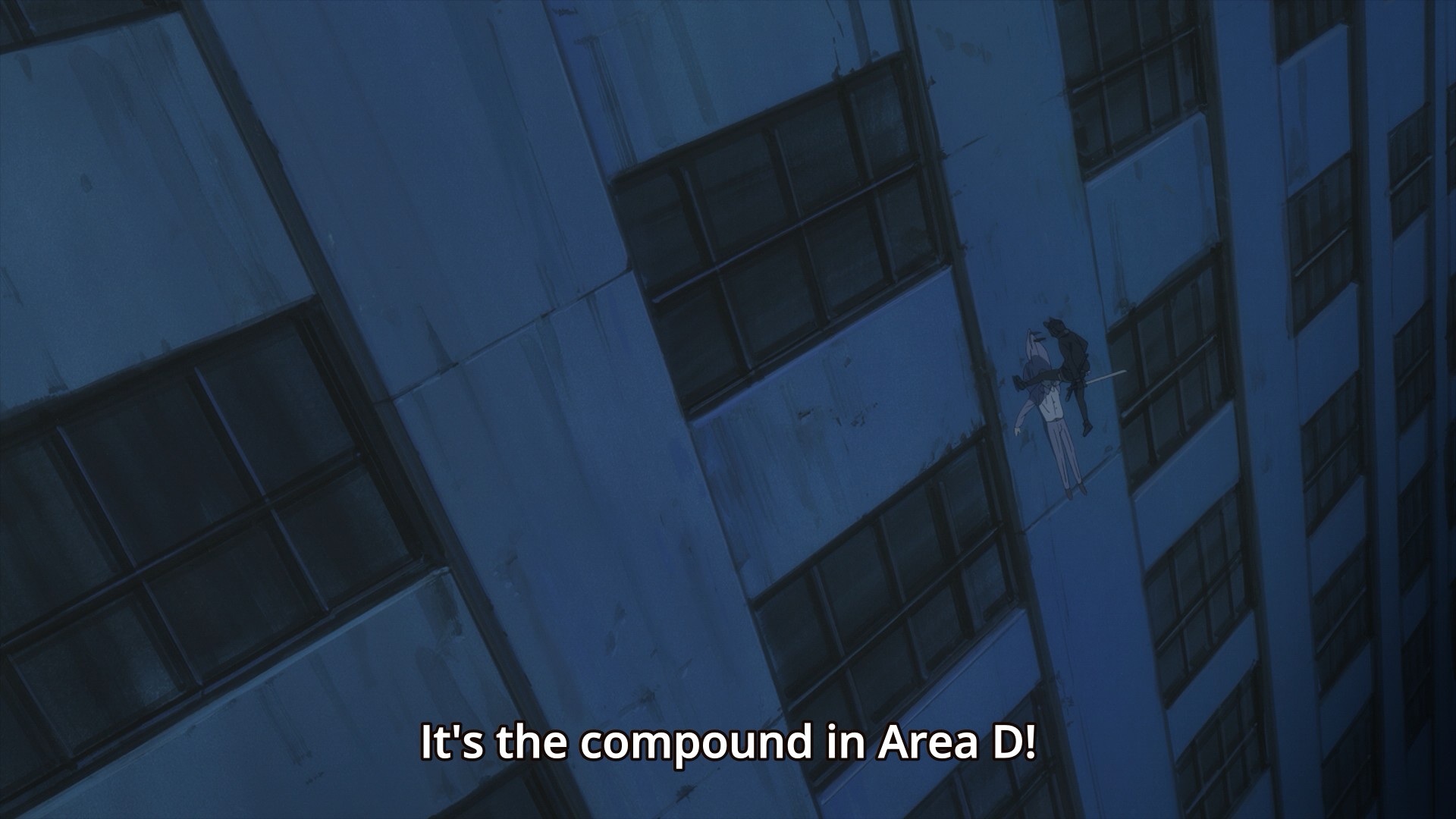 For example here, this is something an edgy batman would do. This is not the demonic/divine violence that makes female violence cinematic. Very disappointing.

Azur Lane was bad. Like, not bad bad, but mediocre. The basic issue is the same issue most gacha adaptions have, ie they dump all the characters and it's all too "for the fans". Another big issue is that it feels very sterile, too polished. Like if they are making it for the sake of making it and not because they had something to say.
Part of the issue is that it's a gun otaku anime but it lacks the international banter that works so well for Garupan, for example.

Another disappointing anime was Jet girls. It's two cars but without the characters that made two cars fun. The design are so vulgar and crass. 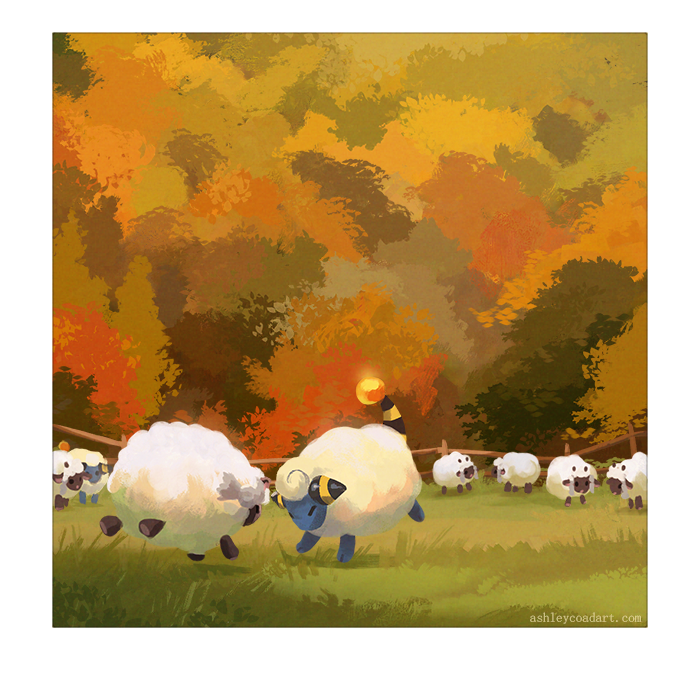