Eh. It did some things right, but it missed a lot of opportunities and a couple of times the writing visibly took a dive. I can't say I would rewatch it, especially because we are left with a lot of questions that really should have been answered or not introduced.

Definitely my favourite anime of the season. The ending was good, the anime had things to say and did well with the genre, nothing I can complain about.

Particularly the first 5 or so episodes were very good. The intro was amazing, it is a shame it was ruined by those "you gained x skill" parts. It was particularly bad when they told us he gained a skill after we saw him using it. On the other hand, the grind to learn new skills is a fun idea, particularly because it feels like something out of a dnd, it's too creative to be something out of a videogame, if this makes sense. 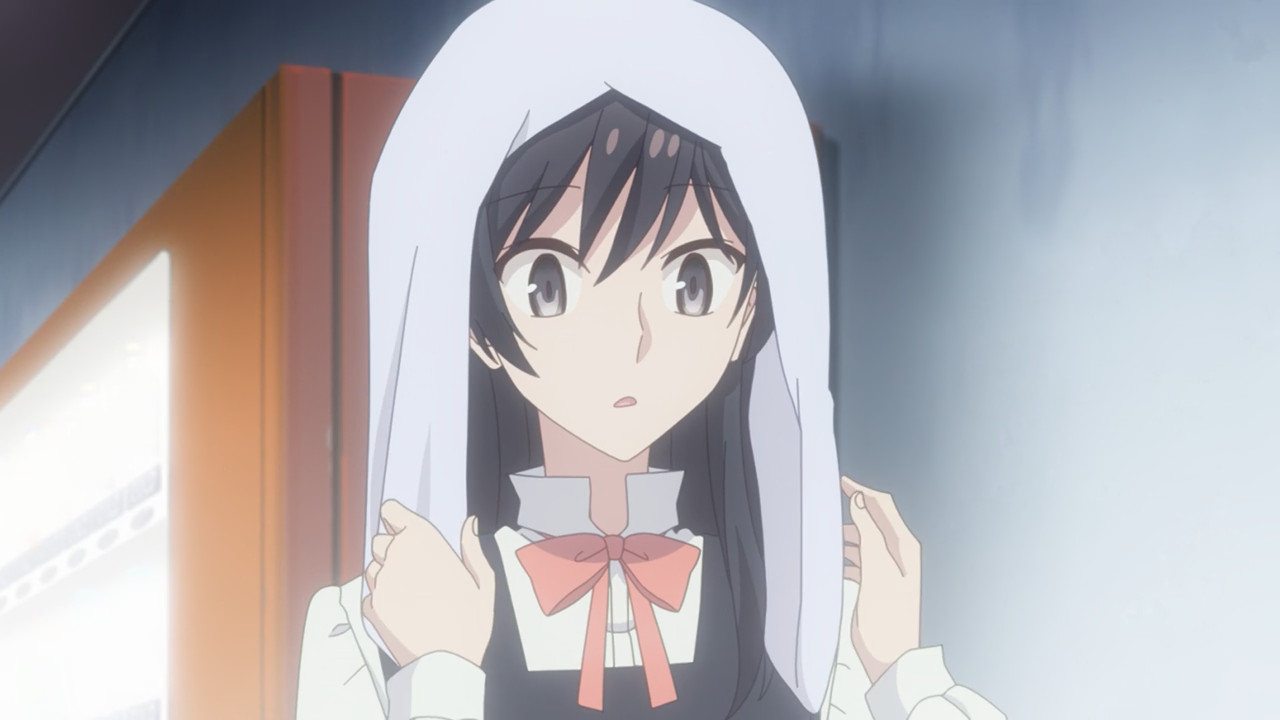 Maybe I am seeing what I want to see, but this looks like a wataboushi, a traditional japanese headwear for brides. 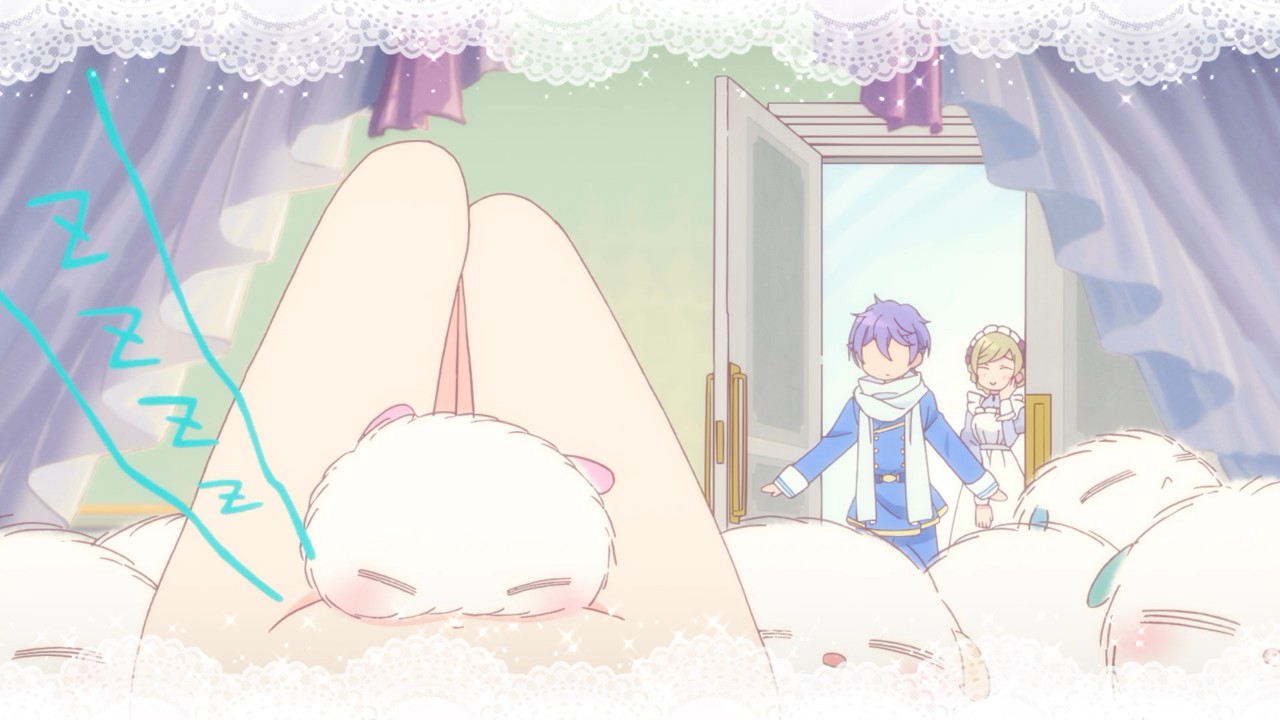 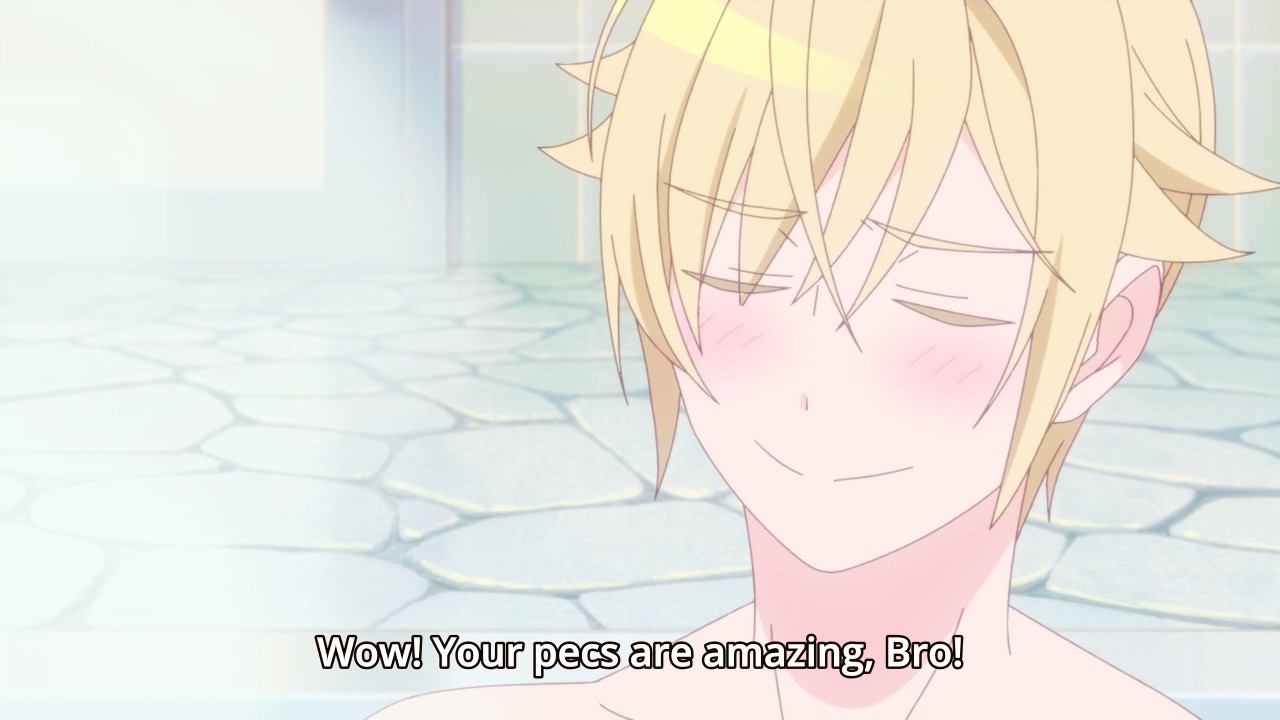 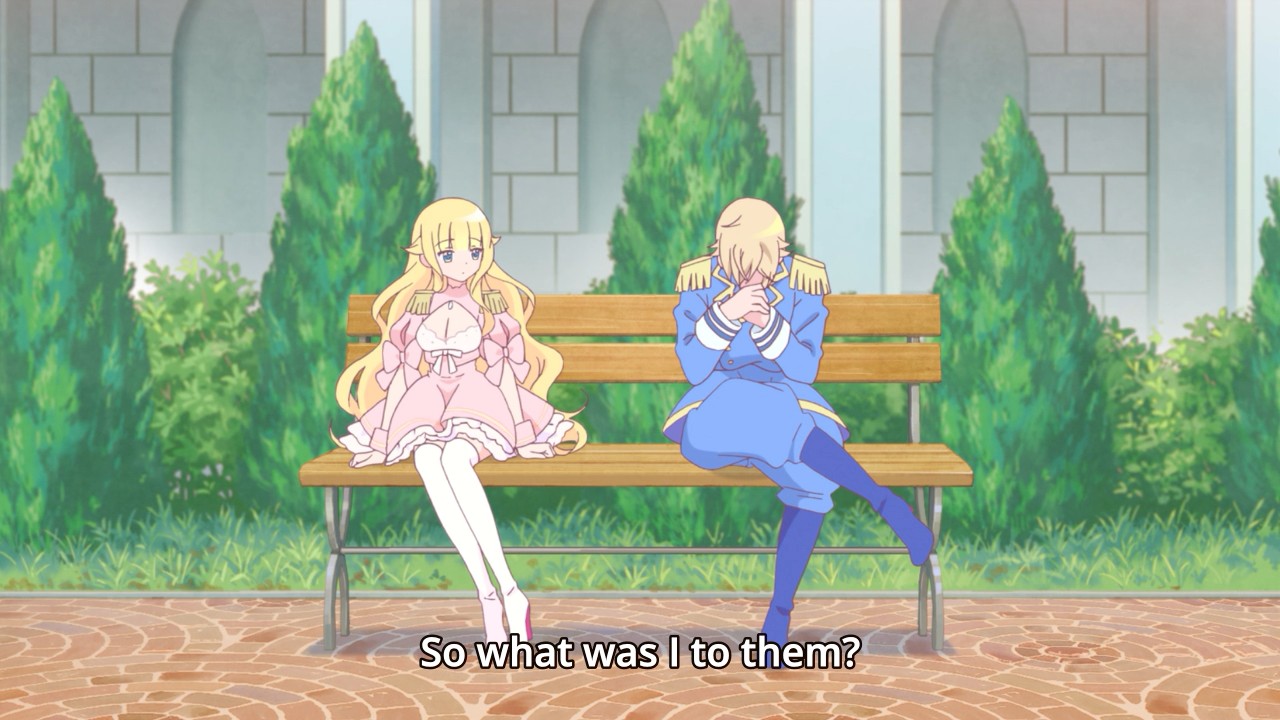 Also, this was a nice joke, maybe a bit obvious but I still liked it. I am not sure what they meant in the second image. Did they imply that the girl he was dating had another guy? or that she left him to find a stable guy, in a reversal of the girl who sleeps around character? 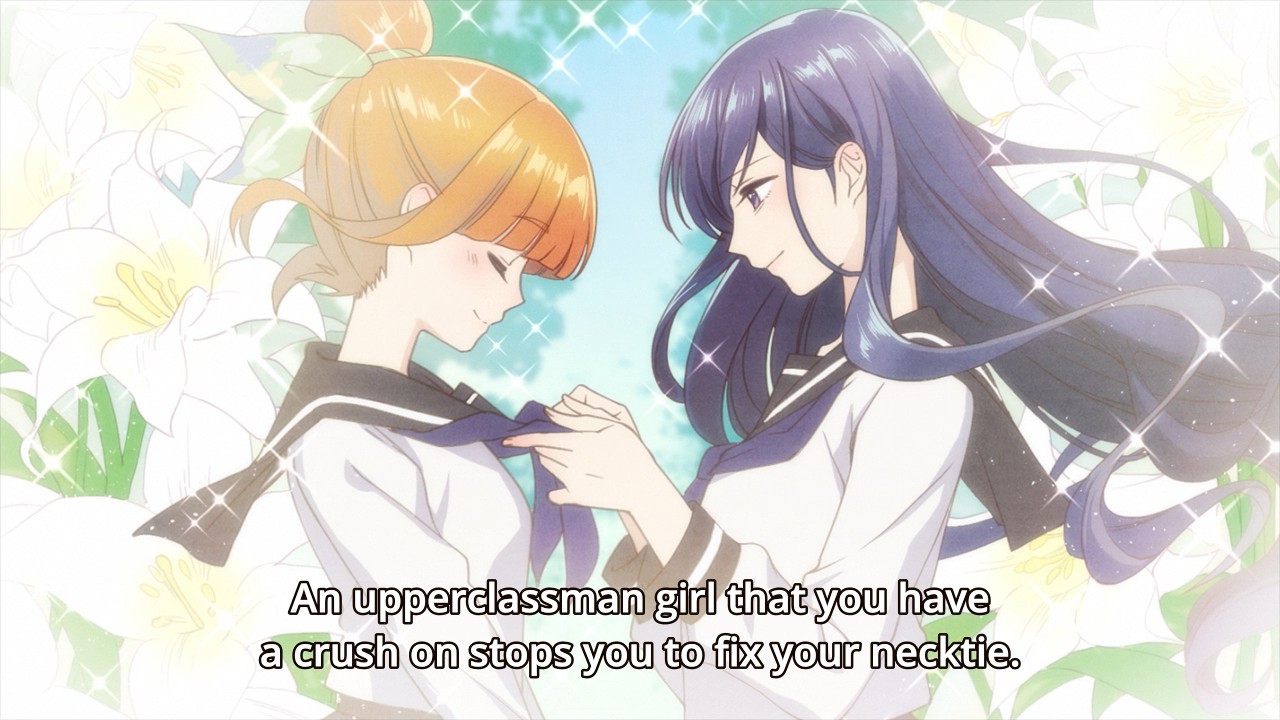 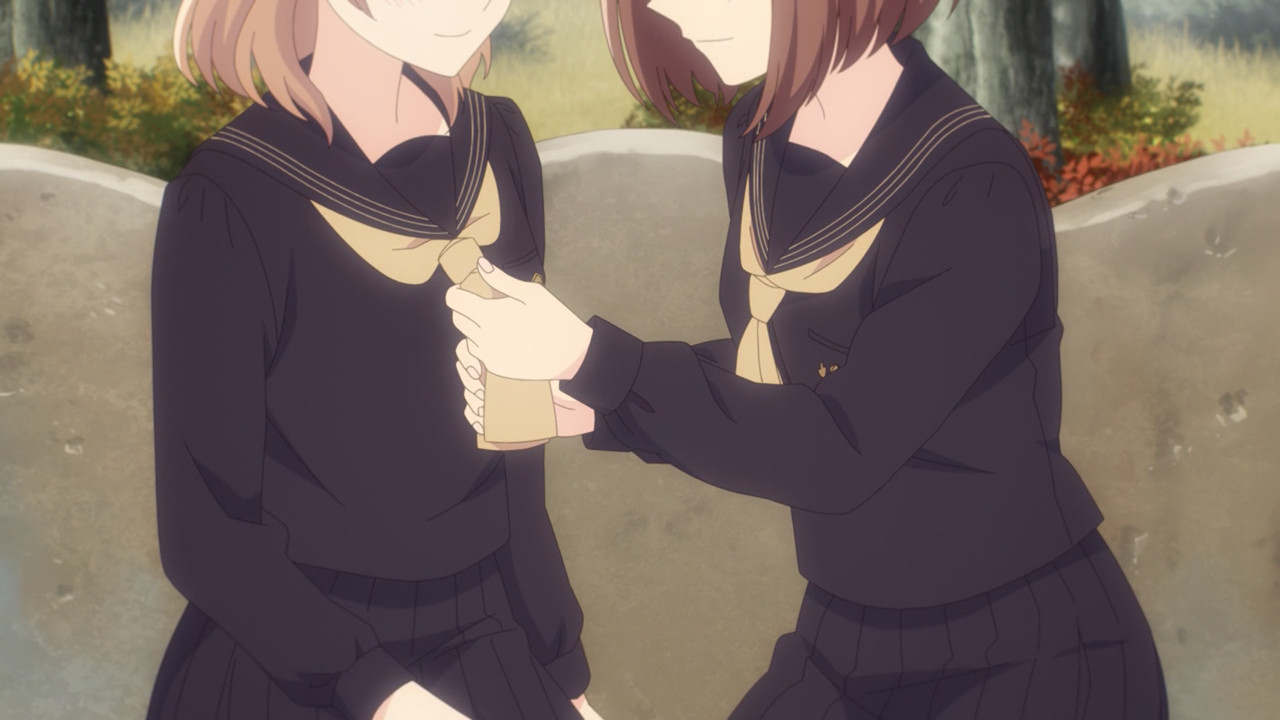 Funny how we got a parody and a serious yuri necktie event.

I understand an episode has its limitation, but it was quite awful how the father sold his daughter but it's ok because the fox has a contract. Like, she was lucky that the fox was a good man, but this goes against the fact that misfortune should have fallen on her, based on what the same fox said. 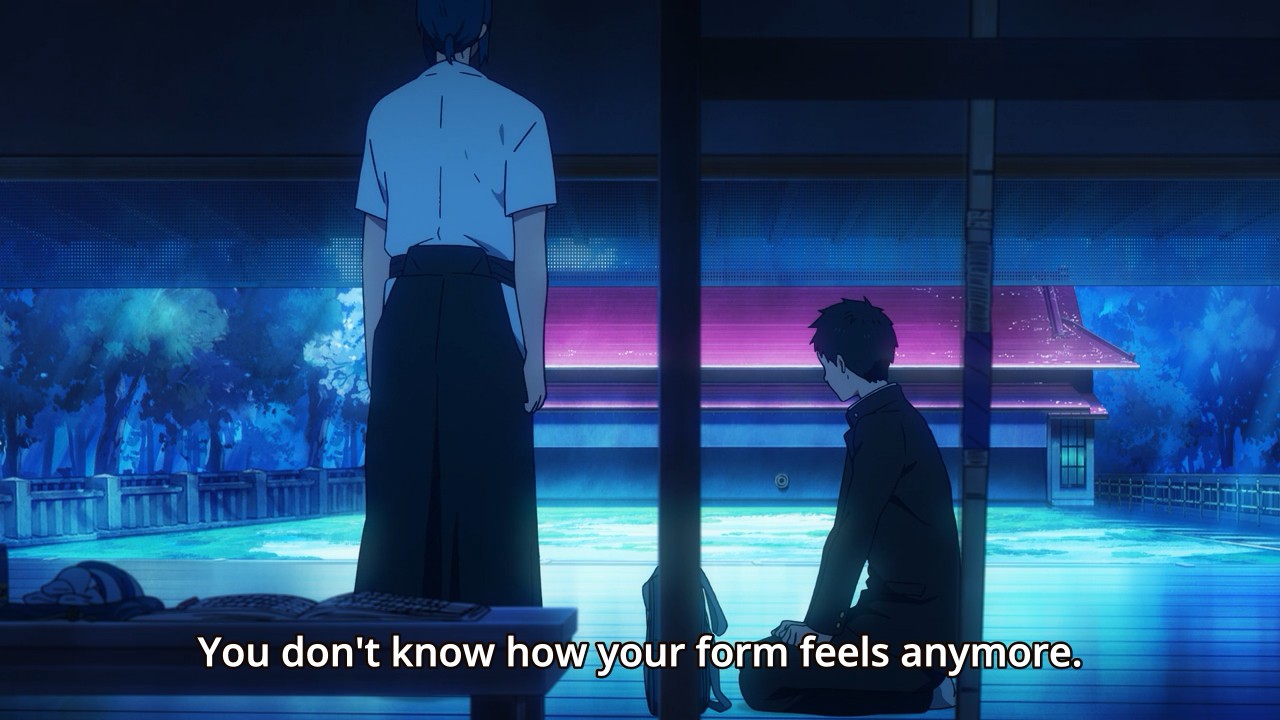 Tsuruna has some problems, but damn if it doesn't look good. 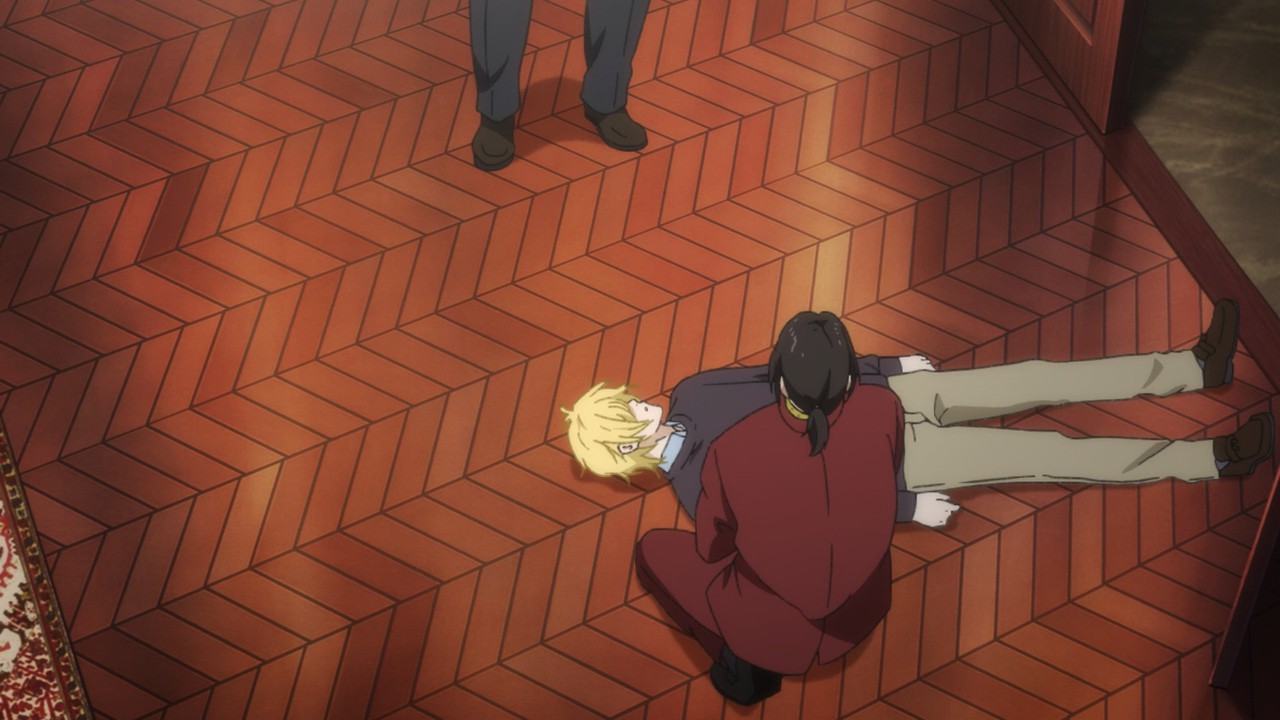 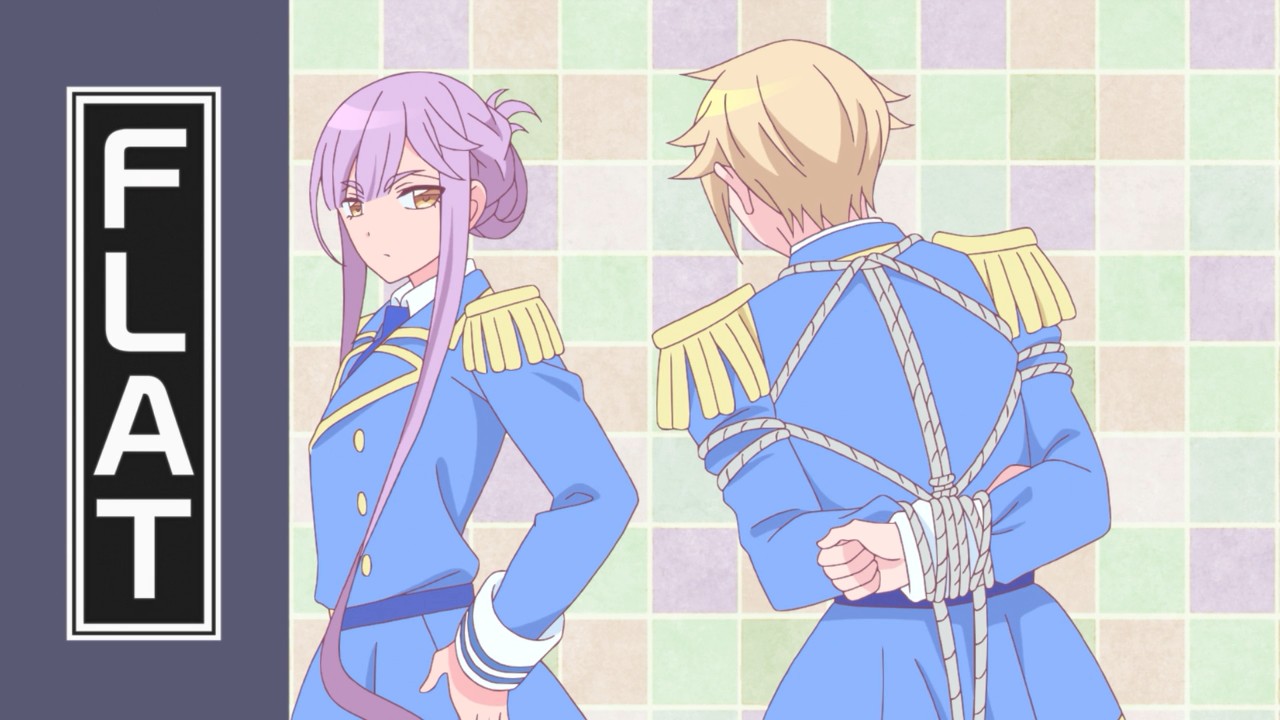 Banana Fish had a real nice shot in this episode, if the intention was to replicate someone falling on stairs. Another anime with fun visuals is Beelzebub, they often have a smart use of space.

I like it, my aots so far.
It's not perfect, the writing has a couple of dumb moments, but I can forgive them in exchange for axe kicks with spurs and magical girls with guns. The magic girl element is important. If spyce failed in that department, Akanesasu understood that for the genre to work you need to talk about problems girls have. And each story about a girl's problems was also about much bigger issues, like forced marriage or what justice is. The third story is the most intereting so far, the in-your-face position against technology is actually not real, and is just intentionally evident scapegoating to not admit that the issue according to the writer/director is Japan's culture of not being individualistic enough.
The villains are also ok, the sheriff in the second story was particularly interesting.

A well done ecchi anime imho. Excluding the first episode, one of the best shows of the season.
Being naked is presented as normal and natural. When the girls are naked it feels not sexualized. The onsen part, for example, was relaxing and comedy more than erotic. When something hot, like breast fondling happened, it was immediately toned down by the comedy. The sexualization comes from the clothes, giving it a hint of "intellectual" and refined. Take Rikka from Gridman. She is hot because of thick legs more than anything else, and this comes out as vulgar. The vulgarity is reduced by the over the top elements as well. For example Ryouna goes from being an annoying masochist to being part of a comedy duo.
I think this is, at least in part, due to the pinku genre inspiration. This is a show with art and with ideas behind it, it's has cultural relevant ancestors. There ideas like the value of individual strength, the beauty of the female body. It's not just a harem wrote to the limit, like the imouto anime.

I like it, even the jokes are a bit repetitive. The most interestin part is the grim that the show depicts, even if it is used to write a comedy. Pedophiles, incompetent adults, the fear of not being safe even in your own house. 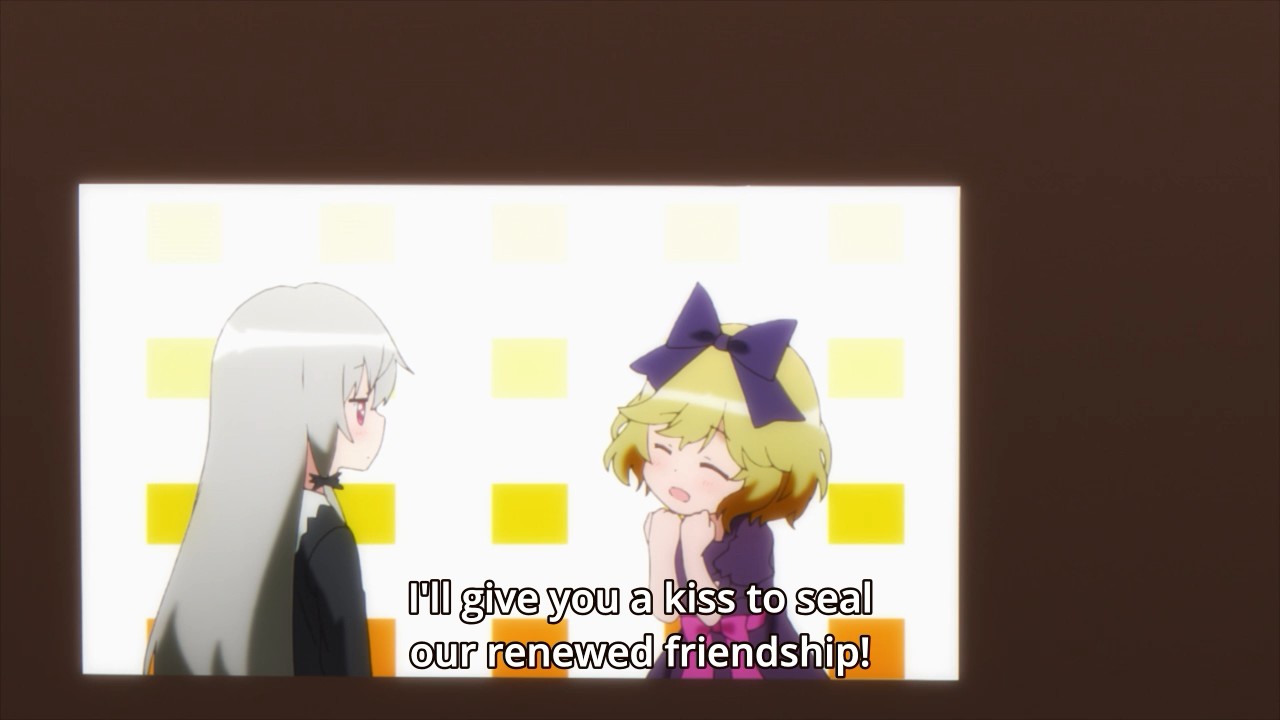 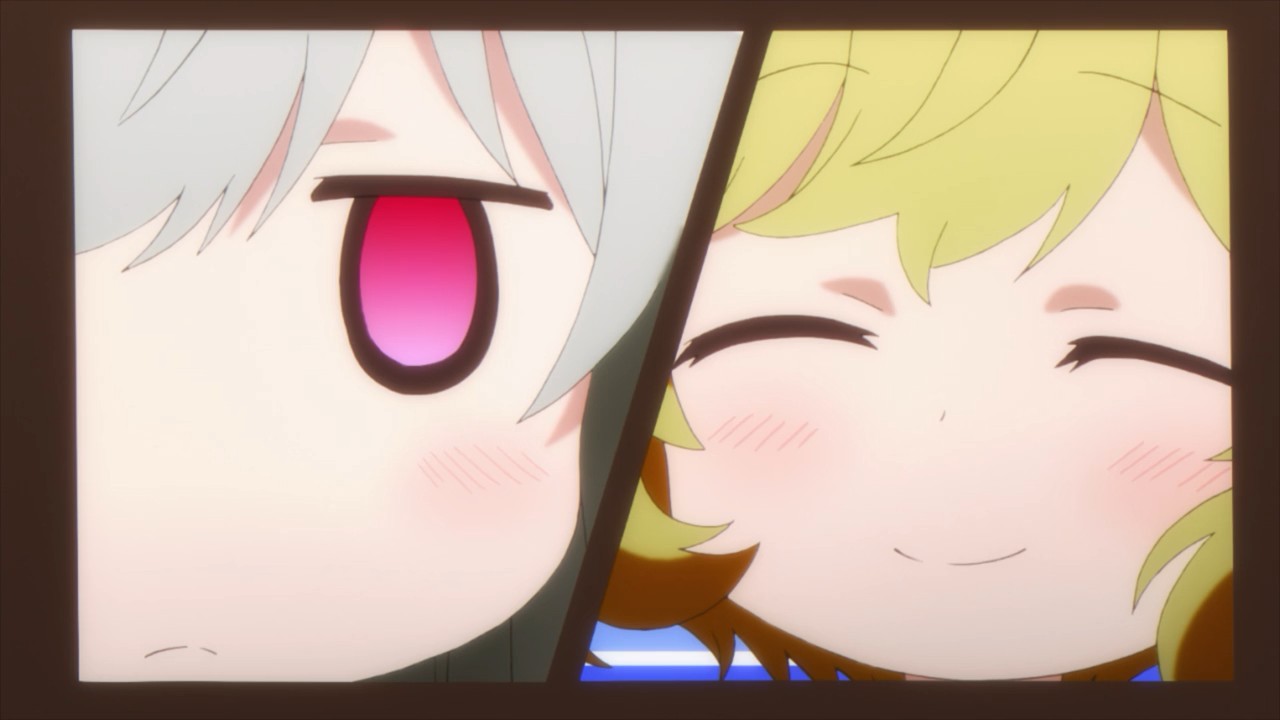 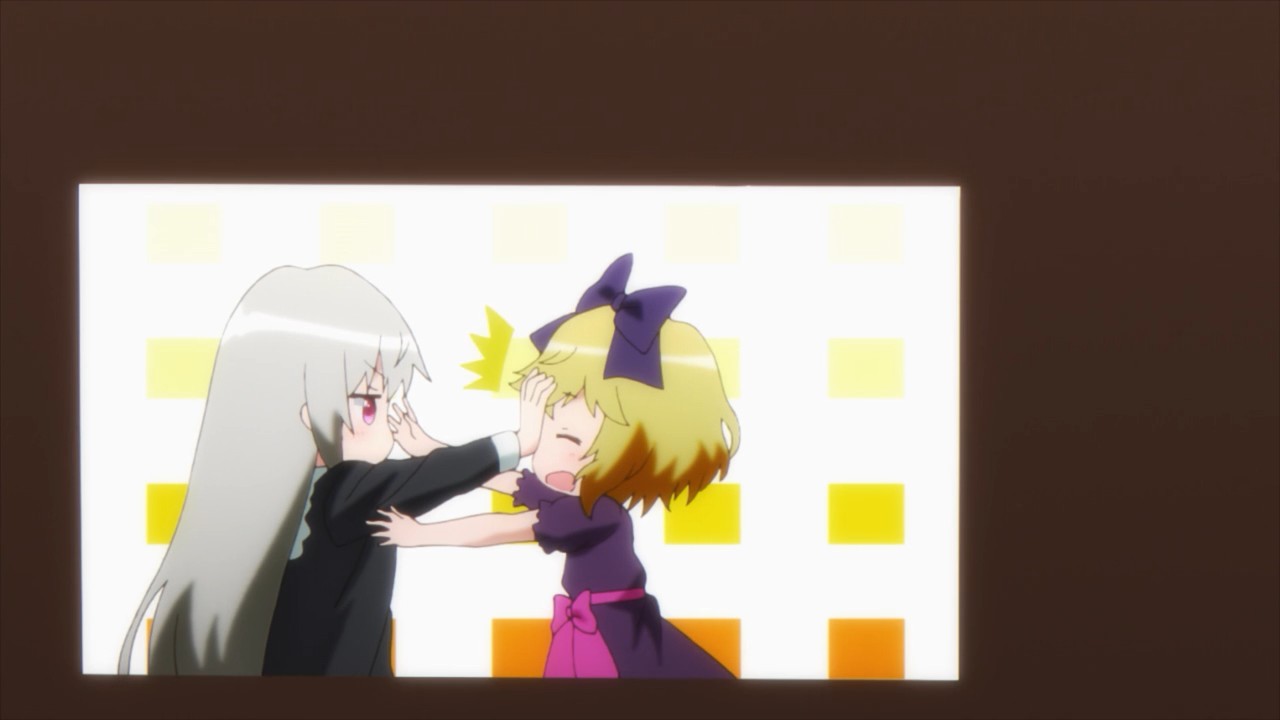 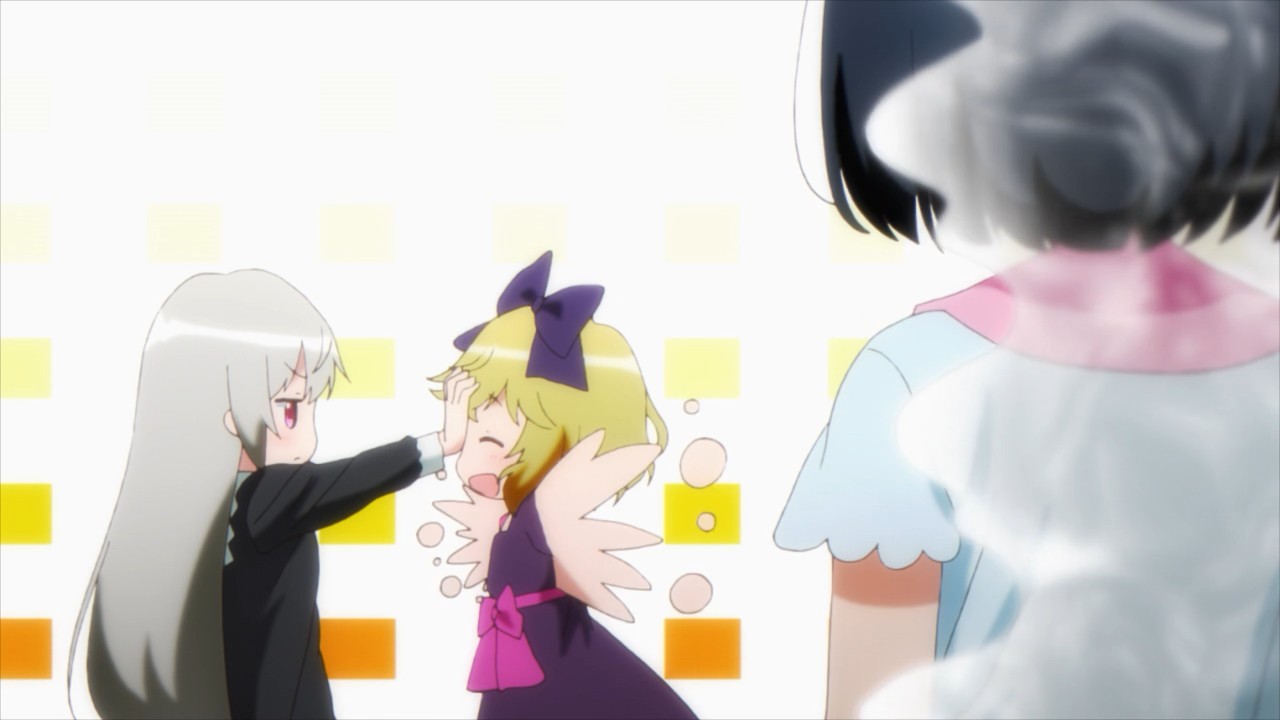 Good episode but I did not like this scene, too much like a manga and in a clumsy way. 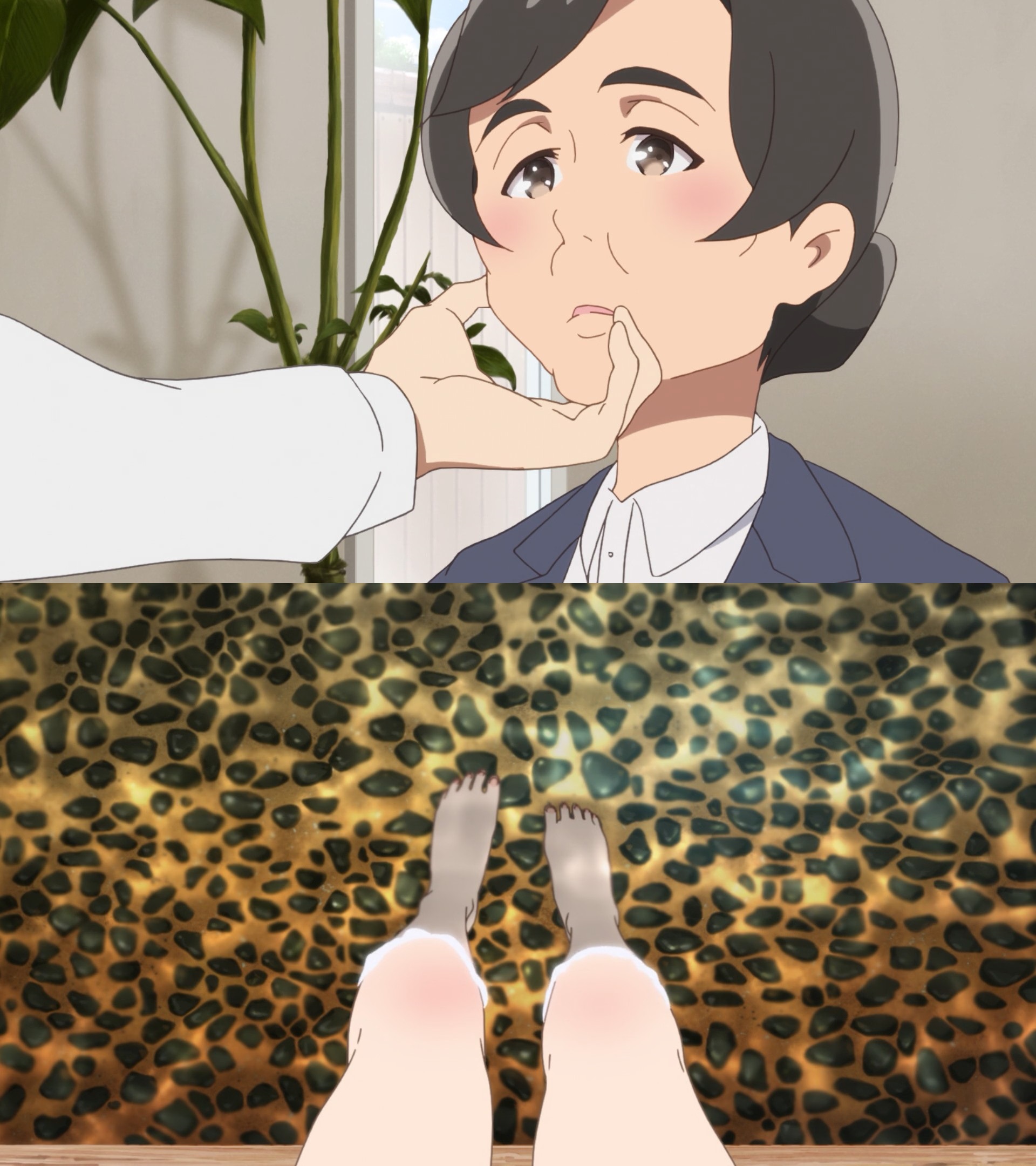 There is some nice directing here, first thing that came to my eyes was this nice cut, connecting the eyes to the water. I am not sure if it was good enough to make the zombie parts scare or if it was on purpose. Maybe it's just the limits of the medium.
An interesting thing is that this coming after Ongaku Shoujo means that this is 2 shows in a row where the idols have strong characterization/niche and not first and foremost a high school girl. Maybe something is changing in the idol genre.

Ah yes, more mindless fanservice for guys. I don't understand why so many shows like this treat the male watchers as dumb pigs. The first two episodes were ok, ignoring the scary premise, but the third was a mess. We have this girl who sees her dead brother in the mc, this is mentioned once like a gimmick, and that's it. Why? show me how fucked this is, let me feel how good but wrong but good it feels. Same with the dancer. She's a free spirit who can't leave the town and is forced to have a "child" with the mc. This should be almost like a horror, not this wishy washy thing. I should feel bad for her.
It's the same thing with the child making. What's the point of making a show about pregnancies and then you give me magic pregnancy with kids popping out from thin air? give some bloody weight to your fetish show.

It's not that it's bad, it's just a bit pointless. The first problem is the genre, spy stories are often pure fun, but this show is not visually interesting and creative enough to be truly enjoyable there. PriPri knew this, and so it talked about how shitty the world is, almost a sort of cosmic-hurban horror, using a oxymoron, with problems with fathers, bad working conditions, and more. I hope Spyce can say something interesting about the use of this magical spices to get powers but I doubt it. What will make or break the show is going to be the twist.

Some interesting directing, especially in the first episode. The perfection in the idol elements is so industrial, it's almost scary. It reminds me of Im@s side M but even more perfected. Which is good, if you want to make fun of the genre you need to be a very goodt title in the genre yourself.
The only issues I have are the producer, who looks too silly and not crazy enough, and the awful cgi in the third episode. 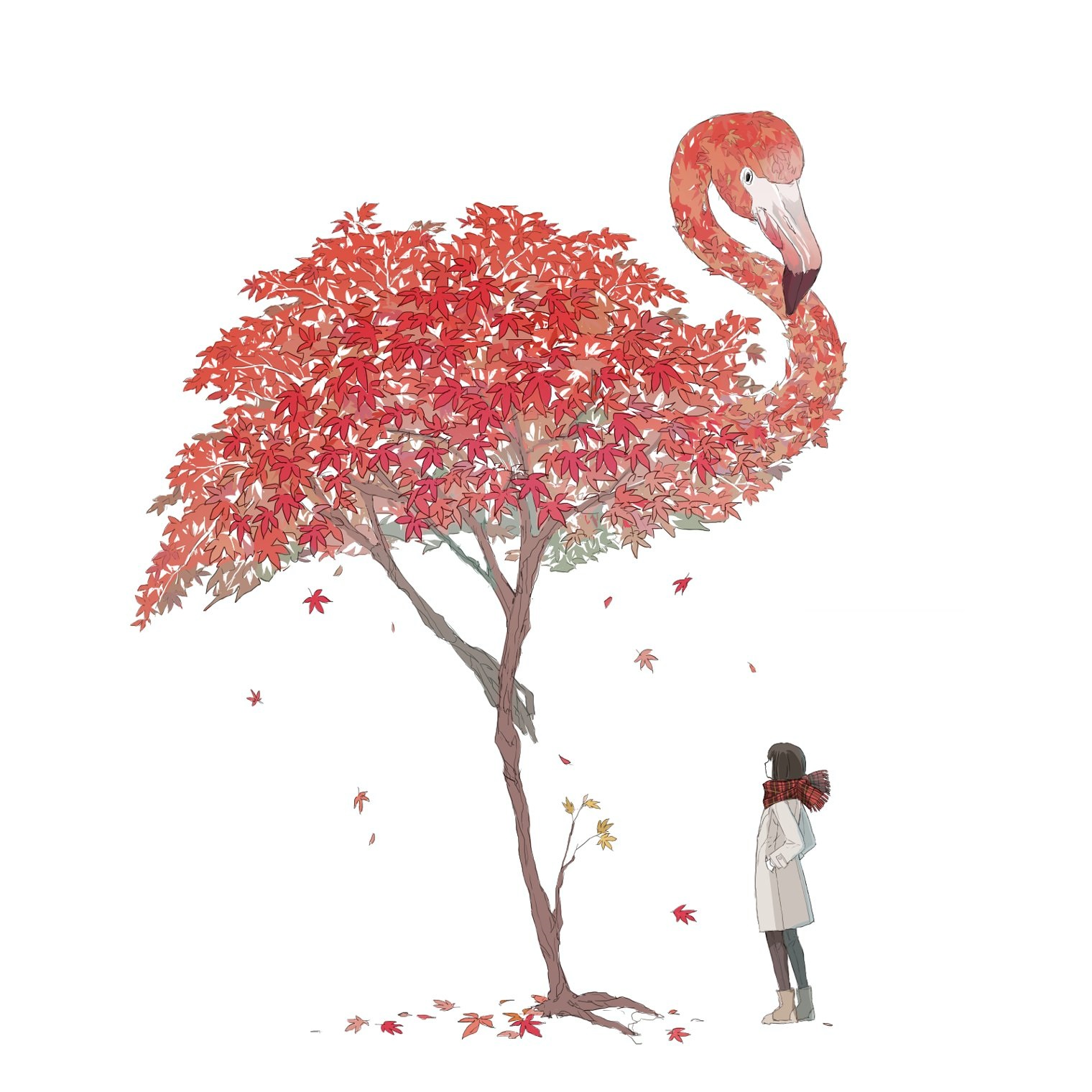